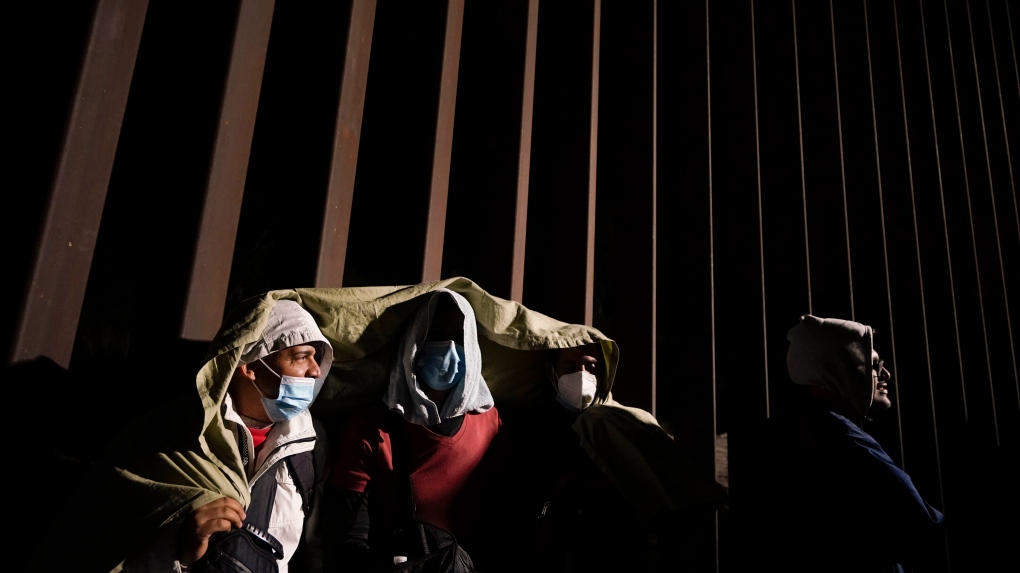 FILE - Four men from Cuba try to keep warm after crossing the border from Mexico and surrendering to authorities to apply for asylum on Nov. 3, 2022, near Yuma, Ariz. U.S. District Judge Emmet Sullivan on Tuesday, Nov. 15, ordered the Biden administration to lift Trump-era asylum restrictions that have been a cornerstone of border enforcement since the beginning of COVID-19. Sullivan ruled that Title 42 authority end immediately for families and single adults, saying it violates federal rule-making procedures. (AP Photo/Gregory Bull, File)
HAVANA -

Following a series of talks on migration with the Biden administration, Cuba said Tuesday that it will receive deportation flights from the United States that had been stalled in the pandemic -- and said it was open to continuing dialogue with Washington.

The agreement comes amid one of the largest migrations from Cuba to the U.S. in decades.

In October, Cubans replaced Venezuelans as the second most numerous nationality after Mexicans arriving at the border. U.S. authorities stopped Cubans 28,848 times, up 10 per cent from the previous month, U.S. Customs and Border Protection data shows.

That exodus is fueled by deepening and compounding crises in the Caribbean nation, which suffers from shortages of basic goods and lengthy power outages.

The two governments have had a tense relationship for 60 years -- and that grew more hostile when former President Donald Trump tightened American sanctions on the island.

But migration appears to have become a meeting point for Cuba and the Biden administration, which held talks in Havana for the second time in the span of a week on Tuesday.

"It was a useful meeting and it contributed to the mutual objective, committed to achieving a safe, regular and ordered migration," said Cuba's Deputy Foreign Affairs Minister Carlos Cossio in a news conference Tuesday.

Cossio added there was "an obvious need" for two countries so geographically close to maintain a dialogue despite their differences.

"Engaging in these talks underscores our commitment to pursuing constructive discussions with the government of Cuba where appropriate to advance U.S. interests," the statement said.

The talks follow a number of friendly -- or at least non-hostile -- exchanges between the two governments in recent months.

The U.S. government recently announced it would resume visa and consular services on the island in January. Those had been stalled after a series of health incidents involving U.S. diplomats starting in 2017.

When Hurricane Ian ravaged the island in September, the Biden administration announced it would provide US$2 million for recovery efforts.

In August, the administration also provided 43 fire suits to Cuba following the blaze in an oil storage facility.