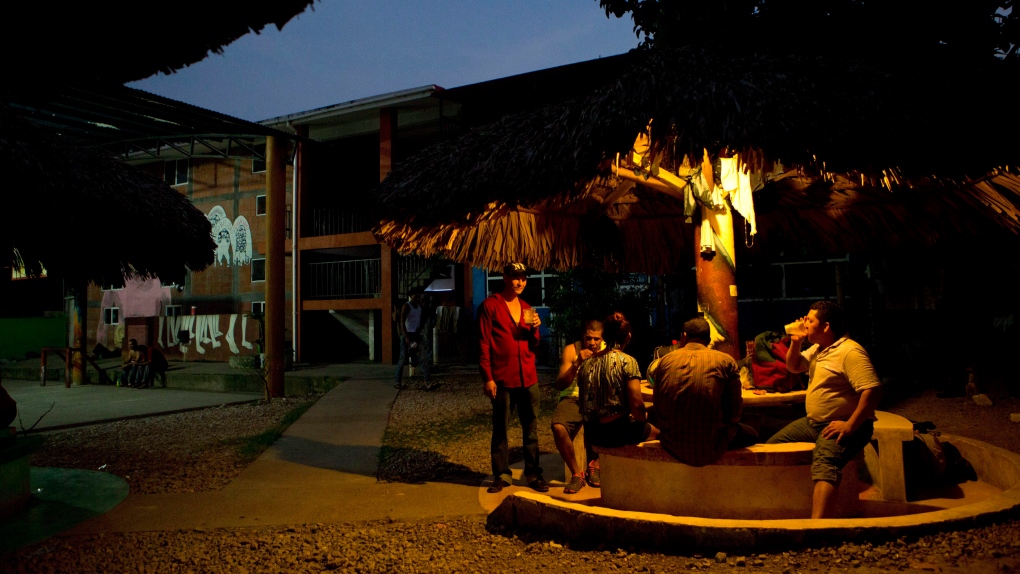 In this Dec. 6, 2016 photo, migrants share an evening meal inside La 72, a migrant shelter in Tenosique, Tabasco state, Mexico. According to officials, a riot broke out in this shelter Tuesday in protest of conditions, resulting in the death of a Guatemalan migrant. (AP Photo/Rebecca Blackwell)

MEXICO CITY -- A Guatemalan migrant died during a riot at an immigration detention centre in Mexico, where detainees burned mattresses to protest conditions they say could expose them to the new coronavirus, officials said Wednesday.

Twenty-seven migrants escaped from the facility in the Gulf coast state of Tabasco during the disturbance, Mexico's National Immigration Institute said Wednesday.

The institute said the disturbance largely involved Honduran men, but that one Guatemalan man, 42, died of smoke inhalation.

According to a local migrant shelter in the Tabasco city of Tenosique, the riot broke out Tuesday because migrants were tired of long periods of detention and also feared that overcrowding and poor sanitary conditions could expose them to the coronavirus.

The "72" migrant shelter said 14 other migrants were injured, some seriously.

The institute said 11 of those injured were treated and released, while three remained under observation.

In the Tenosique protest, and an earlier demonstration at a detention centre in the city of Tapachula, migrants expressed anger that they were not released or returned to their countries.

The Institute says deportation programs have been delayed by travel restrictions related to the coronavirus pandemic. It said Mexico was in talks with Central American governments about how to resume deportations.

The United Nations human rights and migration offices in Mexico said the dead man had sought refugee status in Mexico. It said 13 other people were injured, and said rights workers are working to transfer 42 asylum seekers from the Tenosique facility to a shelter. The institute said remaining detainees had been moved to other facilities.