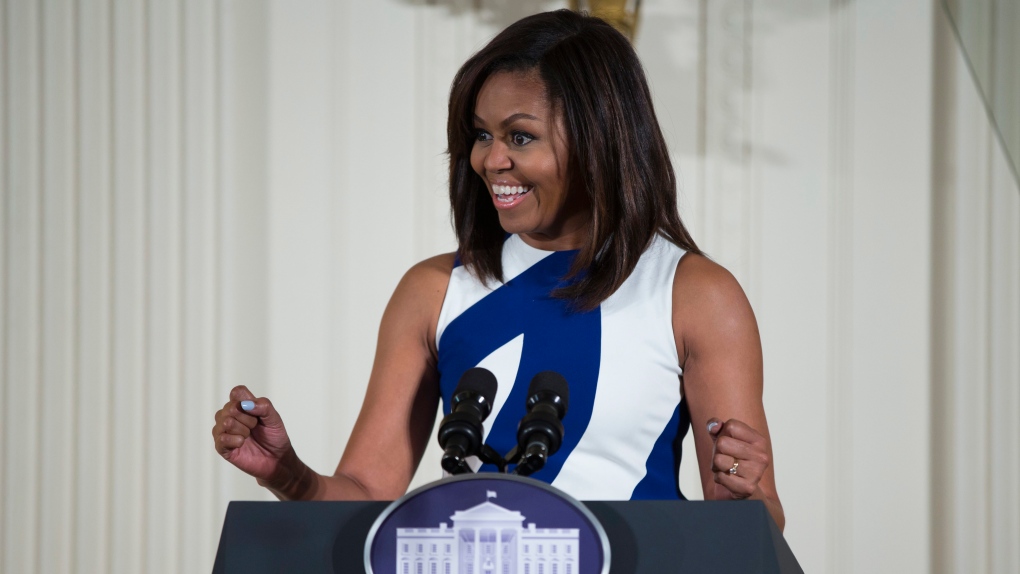 WASHINGTON -- Michelle Obama plans to promote her year-old global girls' education initiative during upcoming stops in Liberia, Morocco and Spain on what could be her final solo overseas excursion as first lady.

The White House announced Wednesday that the three-country trip is booked for June 27-July 1. Her travelling companions are daughters Malia and Sasha, and her mother, Marian Robinson.

Actresses Freida Pinto and Meryl Streep are lending their star-power to the first lady's Africa appearances.

In Liberia, Mrs. Obama is scheduled to visit a Peace Corps training facility in Kakata to meet with girls and young women participating in an empowerment camp. The stop is meant to highlight the Peace Corps' role in the Let Girls Learn initiative, along with support from the U.S. Agency for International Development.

The first lady also plans to visit a school in Unification Town, Liberia, to speak with adolescent girls about their obstacles to getting an education. Pinto, an advocate for girls' education, will moderate the discussion. Liberian President Ellen Johnson Sirleaf will join Mrs. Obama during the visit.

Streep, also a girls' education advocate, is scheduled to accompany Mrs. Obama in Marrakech, Morocco, for another conversation with adolescent girls that is to be moderated by CNN's Isha Sesay. The visit will also highlight U.S. commitments through the Millennium Challenge Corporation, an independent U.S. foreign aid agency, and USAID to help Moroccan girls attend and stay in school.

In Madrid, the first lady plans a speech on the Let Girls Learn initiative, launched in March 2015 to encourage developing nations to educate the more than 62 million girls worldwide who currently don't attend school. Mrs. Obama also plans to meet with Queen Letizia while she is in Spain.

With seven months left on the president's term, the upcoming visits to Africa and Europe could be the final foreign trip Mrs. Obama takes without him. August typically is reserved for family vacation, and her fall schedule is likely to fill up with campaign appearances on behalf of Hillary Clinton, the presumptive Democratic presidential nominee whom the Obamas endorsed last week, as well as other Democratic political candidates.

Malia graduated from high school last week and is taking a "gap" year before enrolling in Harvard in the fall of 2017. Students who take gap years typically travel and pursue other projects. Sasha will be on summer break before entering 10th grade this fall.

The first lady has promoted Let Girls Learn during stops in the partner countries of Japan, Cambodia, the United Kingdom and Qatar.

Spain is where Mrs. Obama spent a five-day, mother-daughter vacation in August 2010 at a luxury resort on the Costa del Sol, on Spain's southern coast, during tough economic times in the U.S. Taken with Sasha, the trip ignited a mini-firestorm fueled by questions about the wisdom of going on such a glamorous trip and speculation about who footed the bill and the number of friends who went with her.