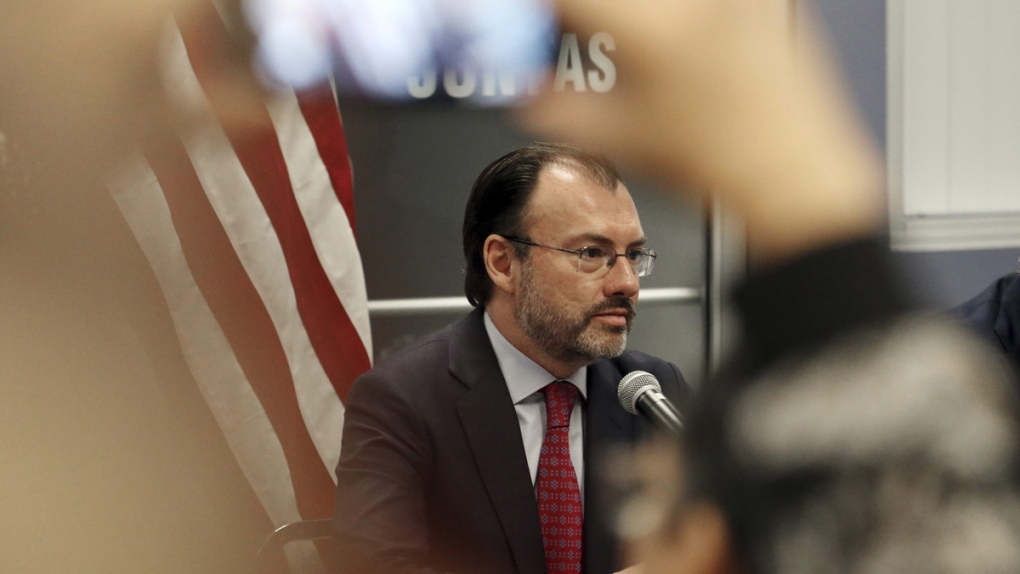 LOS ANGELES -- Mexico's top diplomat on Tuesday said his country is taking steps to ease the return of young immigrants whose deportation protection is being rescinded by the Trump administration, but he also acknowledged they would prefer to stay in the United States.

On a visit to Los Angeles, Foreign Relations Secretary Luis Videgaray said his government is making it easier to transfer education credits and is extending a loan program for young entrepreneurs.

He said Mexico also created a job bank with the immigrants in mind after U.S. President Donald Trump announced his decision to end the Deferred Action for Childhood Arrivals, or DACA, program that allows them to work in the United States.

Mexico will also provide legal assistance to immigrants and lobby U.S. lawmakers to draft a plan for the immigrants brought to the United States as children -- often referred to as "dreamers" -- to obtain legal status.

"With each 'dreamer' who returns to Mexico, Mexico wins," Videgaray said at the Mexican Consulate in Los Angeles. But, he added, "What is relevant is not which country wins here. What is relevant here is what the 'dreamers' want."

The Trump administration's decision to phase out the program dealt an especially harsh blow to the Mexican community in the United States because about three-quarters of the 800,000 immigrants protected by the Obama-era program are Mexican.

The decision came as relations between Mexico and the United States have been strained by Trump's calls to build a wall on the border of the two countries -- a move that Videgaray considers "not friendly" -- and as negotiations demanded by Trump to revise the North American Free Trade Agreement with Mexico and Canada got off to a rocky start.

Videgaray came to immigrant-friendly California for meetings with state officials in Sacramento and immigrant and business leaders in Los Angeles.

He also helped kick off a new office for mental health services inside Mexico's consulate in Los Angeles. Officials said the office will help overcome the stigma of seeking assistance with mental health problems and challenges faced by immigrants who lack legal papers.

Videgaray is expected to head to Washington for meetings on Wednesday.

What is DACA? A look at the young immigrants program Trump is ending