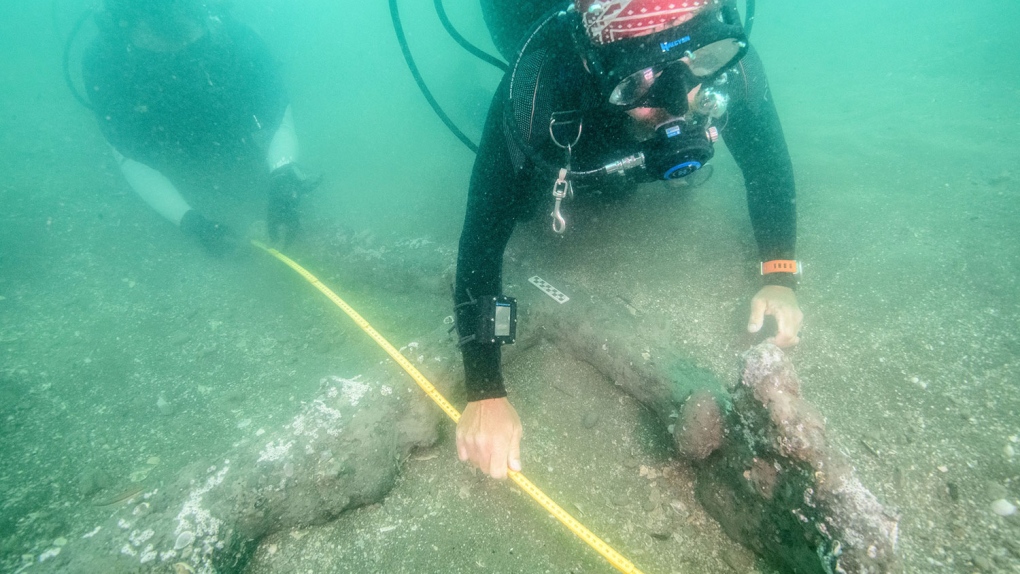 Two more 16th-century anchors have been found at the spot where conquistador Hernan Cortes is believed to have scuttled his ships. (Jonathan Kingston / Instituto Nacional de Antropologia e Historia)

MEXICO CITY -- Two more 16th-century anchors have been found at the spot where conquistador Hernán Cortés is believed to have scuttled his ships, experts said Monday.

Mexico’s National Institute of Anthropology and History said that while the anchors cannot be positively identified as belonging to Cortés’ fleet, they appear to match the time period.

Another Spanish expedition came to the area just after Cortés, so the anchors could have been from those ships.

An anchor previously found in 2018 still had its wood crosspiece and the wood has been dated to between 1450 and 1530. The wood was identified as a type of oak that grows in northern Spain.

Neither of the two anchors found this year still had wood, but the anchor design appeared to be from the same period.

The institute said the most recent two anchors were found by divers in the Gulf of Mexico near the town of Antigua, just north of the current port city of Veracruz.

It said the two anchors were in water about 10 to 15 metres deep and buried in about a metre of sediment. It said they would be re-buried in the sediment to preserve them.

The anchors were found lying in positions that indicated they were part of a fleet. However, “Villa Rica,” as the port was known in the early years of the Spanish conquest, was a busy port that hosted many ships until it changed location around 1600.

A magnetic survey of the seabed suggested 15 additional sites might contain anchors. Those sites will be explored in the future.

Cortés landed in Veracruz 500 years ago, in April 1519. According to historical accounts, he ordered 10 of his ships scuttled to prevent his troops, estimated at about 400 men, from deserting.

Vastly outnumbered by warriors of the Aztec empire, Cortés formed alliances with other indigenous groups and went on to conquer the Aztecs in 1521.

Mexico has struggled with how to mark the 500th anniversary of the conquest, which resulted in the death of a large part of the country’s pre-Hispanic population.

President Andrés Manuel López Obrador has demanded an apology from Spain for abuses committed during the conquest.