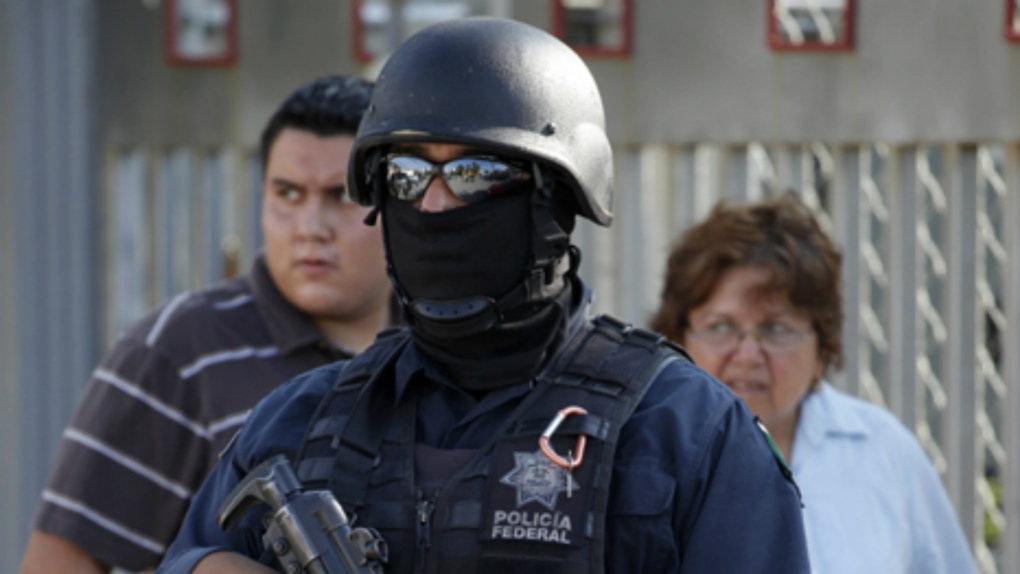 MEXICO CITY - Mexico's Attorney General's Office says it has arrested 18 people in the abduction of two prosecution agents forced to appear on a video by a drug gang before they were slain.

Those arrested included members of the local police force in Puerto Vallarta who allegedly provided protection and intelligence for the unidentified drug cartel as well as Colombian citizens.

Acting Attorney General Alberto Elias Beltran said late Thursday that the arrests were made earlier in the day during a series of raids in western Nayarit and Jalisco states.

The agents' remains were found in Xalisco, a town in the Pacific coast state of Nayarit, two weeks after their disappearance. They had worked for the Criminal Investigation Agency, a kind of federal detectives' bureau.