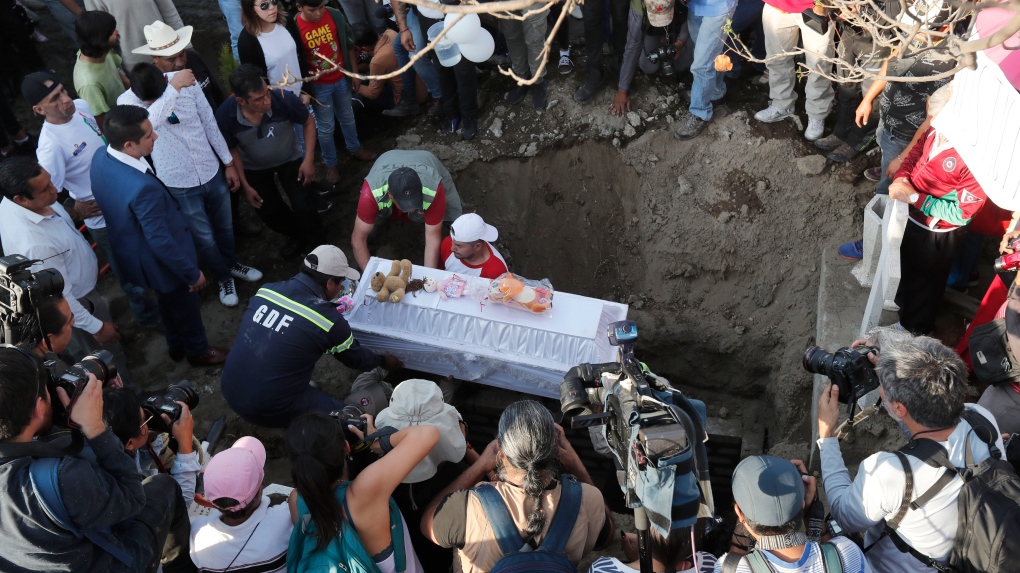 MEXICO CITY -- A woman who allegedly took a seven-year-old girl away from school to be killed may have lived with the girl's family for a while in Mexico City to escape domestic violence.

The revelation may explain why the girl identified only as "Fatima" went willingly with the suspect - because she knew her.

Mexico City's police chief, Omar Garcia, said Thursday that the female suspect and her husband are being held on charges they tried to bribe police into letting them go. Authorities hope to bring kidnapping or murder charges against them soon.

The killing shocked Mexico after Fatima's body was found in a plastic bag.

The girl's mother, Maria Magdalena Anton, told Milenio television the female suspect had once sought shelter at her home "because she said her husband wanted to kill her."

The suspect later apparently returned to her husband.

While authorities have not revealed the cause of death or any abuse Fatima suffered before her death, Garcia did say that police found plastic zip ties that were apparently used to restrain the girl at a house near where she was abducted on Mexico City's south side.

Fatima was last seen on video leaving her school on Feb. 11 with a woman who was not her mother. That day, her mother was about 15-20 minutes late to pick her up, according to family members.

In Mexico City, even grade-school students at public schools often simply walk after classes to meet parents waiting on the sidewalks; authorities have now pledged to tighten controls to ensure a parent or designated caretaker is there to meet them.

Separately, there were developments in the death of a 5-month-old baby girl whose body was found in a vacant lot in the northern state of Coahuila. Authorities said Thursday that mother apparently dumped her body there after the infant died of an illness, and then falsely reported she had been abducted.