Mexican president says he has drawn up a 'political will' 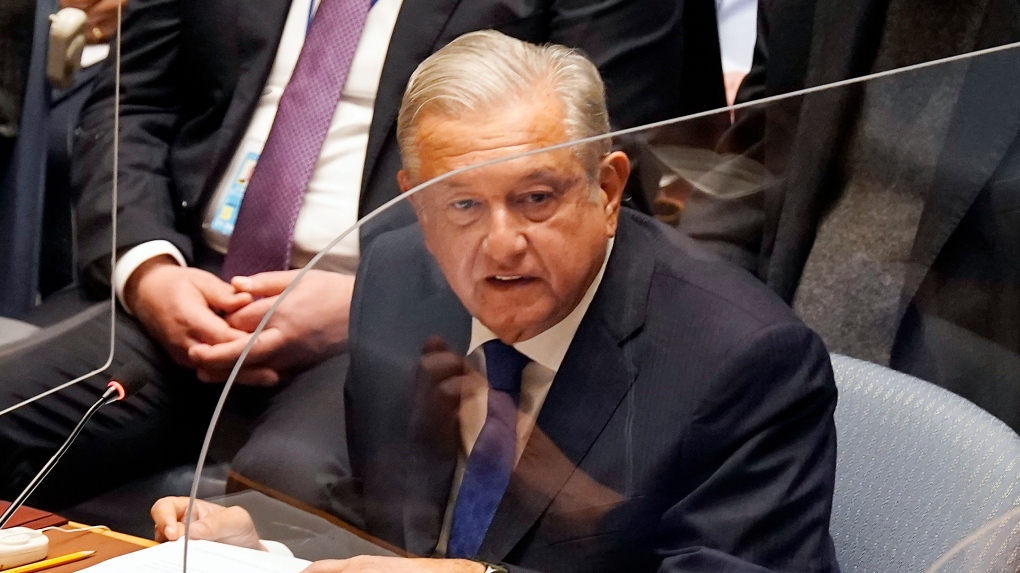 Mexican President Andres Manuel Lopez Obrador spoke with unusual frankness about his health Saturday, acknowledging he spent the night in a Mexico City hospital after undergoing a cardiac catheterization Friday.

Lopez Obrador said he had prepared a "political will" to be opened in case he dies to orient his followers, but said, "I don't think it will be needed."

The president said his doctors had become concerned, apparently about a possible blockage of his arteries, after he underwent a stress test a couple of weeks ago. He had been scheduled to undergo the catheterization then, but contracted COVID-19 and the procedure had to be put on hold.

Lopez Obrador said the catheterization — in which a small, flexible tube is inserted into a blood vessel — found "the arteries are good, there was no blockage."

However, he said he had made preparations like the will in case he dies. He did not reveal what the document says.

Because Lopez Obrador built his Morena party largely himself, and is overwhelmingly its central figure, there have been concerns he might try to keep running the country after his single allowed term ends in 2024.

Lopez Obrador has said he will retire from public life and return to his ranch in southern Mexico in 2024.

Lopez Obrador had just returned to public view this week after a week of isolation for his second COVID-19 infection in a year.

The 68-year-old president suffered a heart attack in 2013 and has high blood pressure.

Police in Texas waited 48 minutes in school before pursuing shooter

Students trapped inside a classroom with a gunman repeatedly called 911 during this week's attack on a Texas elementary school, including one who pleaded, 'Please send the police now,' as nearly 20 officers waited in the hallway for more than 45 minutes, authorities said Friday.

Takotsubo cardiomyopathy, more commonly known as 'broken heart syndrome' or stress-induced cardiomyopathy, is an actual medical condition triggered by severe emotional or physical stress and is different from a heart attack.

After a six-week trial in which Johnny Depp and Amber Heard tore into each other over the nasty details of their short marriage, both sides told a jury the exact same thing Friday -- they want their lives back.