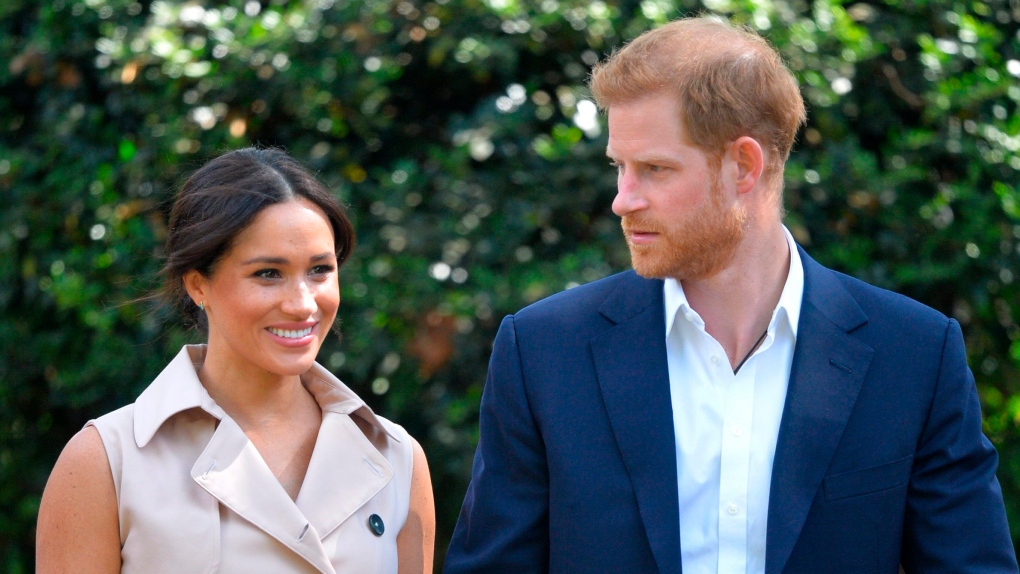 In this Wednesday Oct. 2, 2019 file photo, Britain's Harry and Meghan, Duchess of Sussex arrive at the Creative Industries and Business Reception at the British High Commissioner's residence, in Johannesburg. (Dominic Lipinski/Pool via AP, File)

Meghan, the Duchess of Sussex, says it has been difficult behind the scenes coping with the intense heat of the media spotlight, particularly while pregnant and after giving birth to baby Archie earlier this year.

In a new ITV documentary interview filmed during Prince Harry and Meghan’s widely praised tour of Africa in late September, she revealed some of her private struggles.

"Not many people have asked if I’m OK. But it’s a very real thing to be going through behind the scenes," she said.

When asked if it would be fair to say she was "not really OK, it’s really been a struggle," Markle responded: "Yes."

Meghan, who married Harry in May 2018 and gave birth to their son this past May, has been under unrelenting -- and often negative -- media and public scrutiny, especially in the U.K., and amid a very public spat with her estranged father and siblings.

The public backlash included criticism over their privacy around Archie’s birth, godparents, and christening, as well as criticism over making some royal faux pas, the couple’s informality, and abandoning royal protocol. Even shutting their own car door has made headlines. Earlier this month, Meghan took legal action and sued the Mail on Sunday for publishing a handwritten letter she sent to her father.

"Look, any woman -- especially when they’re pregnant -- you're really vulnerable and so that was made really challenging, and then when you have a newborn, you know?" she said, when asked what the impact of the pressure has been on her mental and physical health.

"Especially as a woman, it’s really… it’s a lot. You add this on top of just trying to be a new mom, or trying to be a newlywed," she said, adding, "And also thank you for asking. Because not many people have asked if I’m OK."

Meghan’s comments come after Harry opened up for the same documentary, which is set to air on ITV this Sunday, about the death of his mother Princess Diana in 1997. He called it "a wound that festers."

"In that respect, it's the worst reminder of her life as opposed to the best."

Harry was 12 when his mother was killed in a car crash during a paparazzi chase.

Earlier in October, Harry issued a scathing and deeply personal statement against the tabloid press in which he drew comparisons between the "ruthless" coverage of Meghan and his mother and said the behaviour was "bullying" and that it "destroys people and destroys lives."

"Because my deepest fear is history repeating itself. I’ve seen what happens when someone I love is commoditised to the point that they are no longer treated or seen as a real person," he said.

"I lost my mother and now I watch my wife falling victim to the same powerful forces."