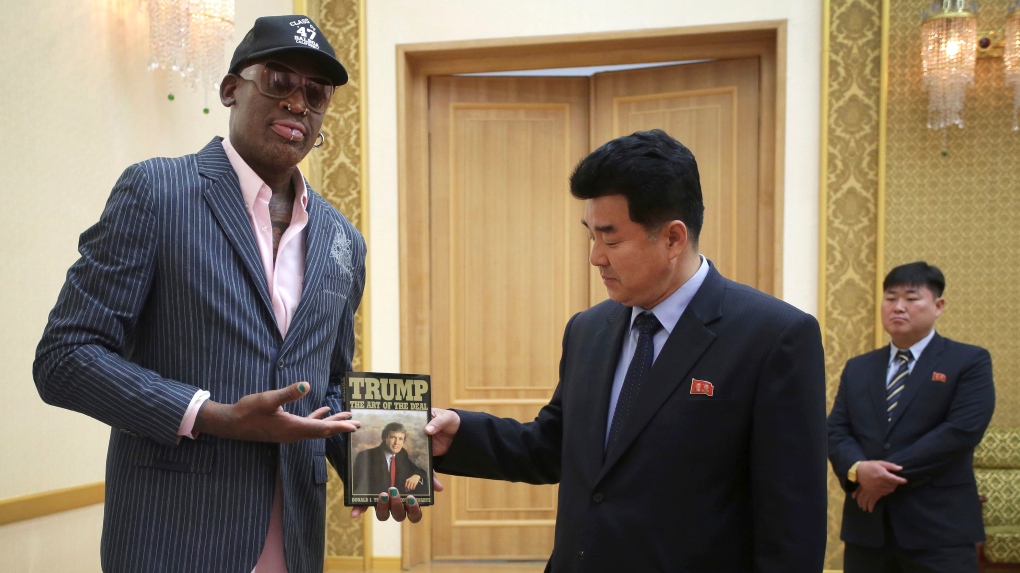 Rodman announced his trip in a tweet Friday, but the tweet appeared to have been deleted shortly afterward.

Rodman said he'll give whatever support the leaders need. His tweet included a photo composite of Rodman, Trump and Kim in front of the flags of both nations and the word "unite."

White House spokesman Hogan Gidley told Fox News on Thursday that Rodman is "great on the court but negotiations should best be left to those who are good at it."

Rodman's one of the few Westerners to have personally met Kim.

Thanks to my loyal sponsors from @potcoin and my team at @Prince_Mrketing , I will be flying to Singapore for the historical Summit. I'll give whatever support is needed to my friends, @realDonaldTrump and Marshall Kim Jong Un. pic.twitter.com/QGPZ8nPrBE