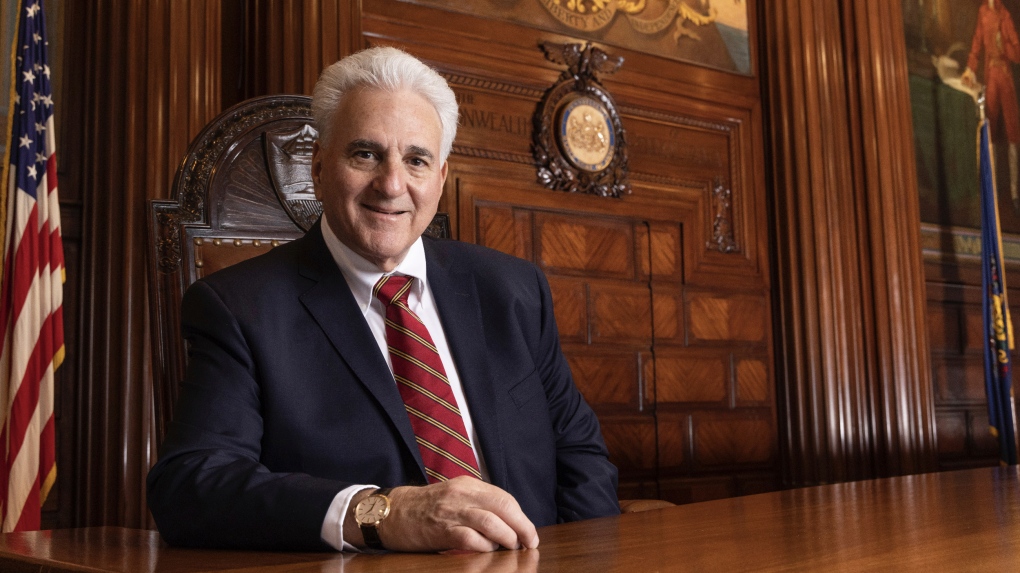 Max Baer, the chief justice of the Pennsylvania Supreme Court, has died only months before he was set to retire, the court confirmed Saturday. He was 74.

Baer died overnight at his home near Pittsburgh, the court said in a news release. The court didn't give a reason for his death but called his "sudden passing" a "tremendous loss for the court and all of Pennsylvania." The court also said Justice Debra Todd becomes chief justice "as the justice of longest and continuous service on the court."

"Chief Justice Baer was an influential and intellectual jurist whose unwavering focus was on administering fair and balanced justice," Todd said in the release. "He was a tireless champion for children, devoted to protecting and providing for our youngest and most vulnerable citizens."

Gov. Tom Wolf ordered state flags at commonwealth facilities, public buildings and grounds lowered to half-staff, saying he was "extremely saddened" by the death of such a "respected and esteemed jurist with decades of service to our courts and our commonwealth."

Baer, a Duquesne Law graduate, was an Allegheny County family court judge and an administrative judge in family court before he was elected to the high court in 2003 and became its chief justice last year. Baer also served as deputy attorney general for Pennsylvania from 1975 to 1980 and was in private practice before entering the judiciary.

Earlier this year, Baer was part of the 5-2 majority as the Pennsylvania Supreme Court upheld a wide expansion of mail-in voting in Pennsylvania.

Baer was set to retire at the end of 2022 after reaching the mandatory retirement age of 75. The court said the seat had already been slated to be on the 2023 ballot, and "in the interim the governor may choose to make an appointment, subject to confirmation by the Senate." Baer was elected as a Democrat and his death leaves a 4-2 Democratic majority on the high court.

Duquesne's president, Ken Gormley, told the newspaper that Baer believed justices shouldn't be public figures and that he therefore shied away from the limelight, using his position to uplift others in the profession.

"He was collegial, he worked really hard to have the court function as a family, and he led by example," Gormley said. "He was the most caring person imaginable -- always put others first and celebrated their successes. He hated pettiness. He had no time for pettiness."

First Nations leaders in Manitoba are calling for the resignation of Winnipeg's police chief after the force decided to not search a landfill for the remains of two Indigenous women.

Police reveal identity of Philly's slain 'Boy in the Box'

Nearly 66 years after the battered body of a young boy was found stuffed inside a cardboard box, Philadelphia police say they have finally unlocked a central mystery in the city's most notorious cold case: The victim's identity.

The federal Liberal government has presented a new bill aimed at enshrining in law their commitment to the Canada-wide early learning and child-care system, and the long-term funding needed to maintain it. The minister responsible said the legislation is needed in-part to ensure that the nationwide system being can't easily be scrapped by a future federal government.