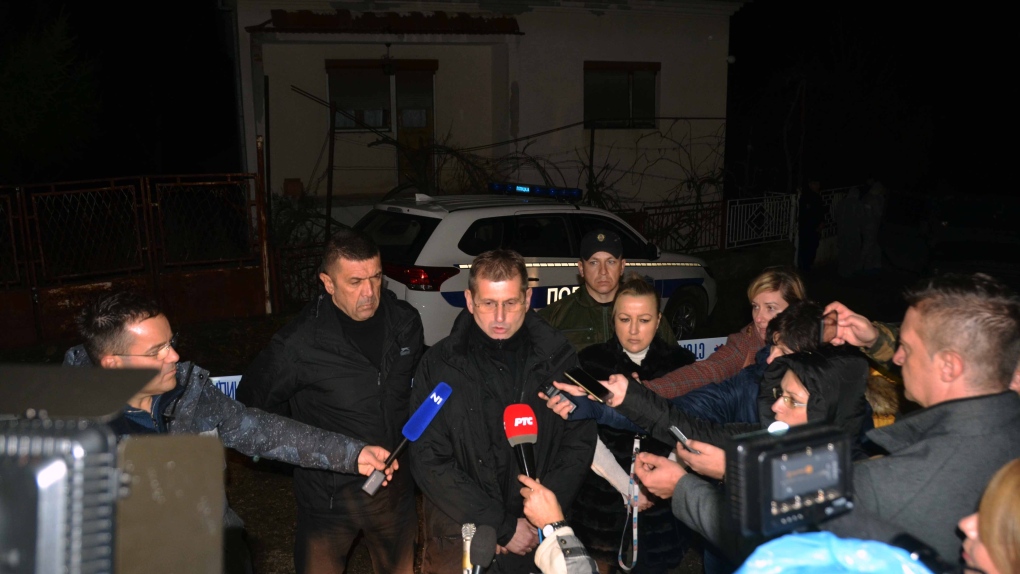 Police Director Vladimir Rebic says more than 220 police officers are searching for the 12-year-old, whose disappearance was reported to police on Friday afternoon. (Ministry of Interior, Republic of Serbia)

BELGRADE, SERBIA -- Police in Serbia have launched a massive manhunt for a convicted pedophile accused of kidnapping a 12-year-old girl a week ago.

More than 200 officers with sniffer dogs were searching Thursday in a wooded area in eastern Serbia where they were last seen.

Police have released a photo of the 46-year-old man and urged anyone who sees him to call immediately.

The suspect was released from prison last year after 12 years in prison for the attempted rape of a young girl. He recently spent another five months in prison for harassing women on social media.

The man has been nicknamed in his village the "barber of Malca" for admitting in court that he shaved the hair of his victims.

The manhunt has gripped the nation, and Serbia's populist President Aleksandar Vucic said he spent "the whole night" in touch with the interior minister.

"It's the police priority," Vucic said. "We are worried about that child."