Many Cubans hope U.S. election will lead to renewed ties 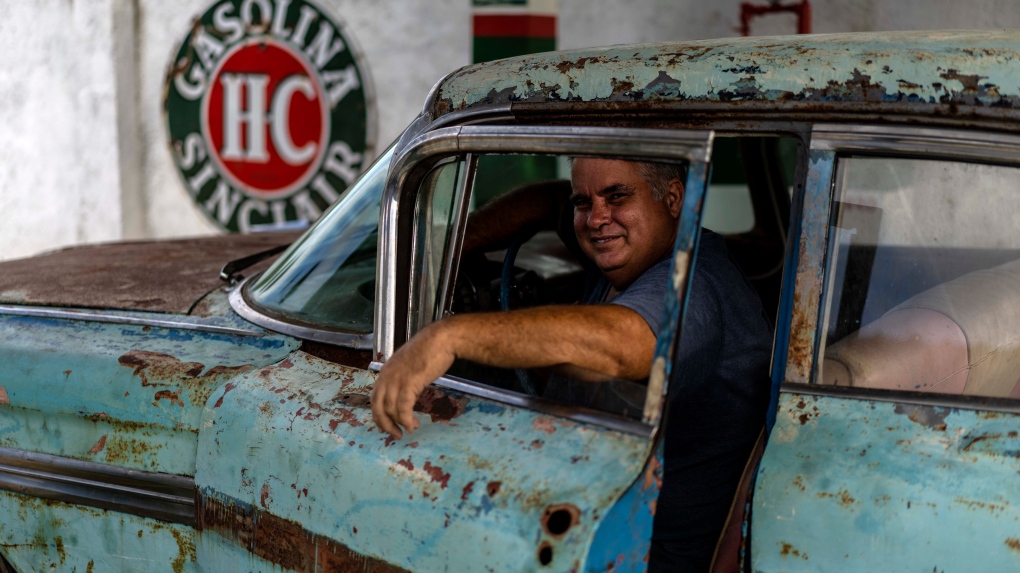 HAVANA -- Not so long ago the tables at Woow!!! restaurant in Havana were filled with tourists ordering mojitos and plates of grilled octopus.

Now entrepreneurs like Orlando Alain Rodriguez are keeping a close eye on the upcoming U.S. presidential election in hope that a win by Democratic challenger Joe Biden might lead to a renewal of a relationship cut short.

"The Trump era has been like a virus to tourism in Cuba," said Rodriguez, the owner of Woow!!! and another restaurant feeling the pinch.

Few countries in Latin America have seen as dramatic a change in U.S. relations during the Trump administration or have as much at stake in who wins the election. Former President Barack Obama restored diplomatic relations, loosened restrictions on travel and remittances and became the first U.S. chief of state to set foot in the island in 88 years. The result was a boom in tourism and business growth on the island.

"What the United States was doing was not working," Obama said from the opulent Gran Teatro in Havana during his 2016 visit. "We have to have the courage to acknowledge that truth. A policy of isolation designed for the Cold War made little sense in the 21st century."

Trump has steadily reversed that opening, tapping into the frustrations of a wide segment of the Cuban American community that does not support opening relations while a communist government remains in power. He put into effect part of a previously suspended U.S. law that permits American citizens to sue companies that have benefited from private properties confiscated by the Cuban government, put a new cap on remittances, reduced commercial flights and banned cruises. The president has also forbidden Americans from buying cigars, rum or staying in government-run hotels.

Most U.S. Embassy staff were removed following a series of still unexplained incidents in which diplomats and their families experienced hearing loss, concussions and other ailments.

A Trump reelection would likely spell another four years of tightened U.S. sanctions while many expect a Biden administration to carry out at least some opening.

Cubans on the island, caught in between the six-decade debacle, said they know little about Biden but want to see Trump out of the White House.

"Please, please, not Trump," said Daysi Lopez, 50, an employee at a medical office in Havana on a recent afternoon. "He's put up too many barriers."

The U.S. election comes at a critical time for the island 90 miles from U.S. shores. Though Cuba has managed to keep virus cases and deaths in check, a halt on international tourism has starved it of an important cash line. The government estimates it lost nearly $5.6 billion between April 2019 and March 2020 as a result of U.S. sanctions, up from $4.3 billion the previous year. Long lines have become common outside grocery stores where basic goods like chicken and toothpaste grow harder to find.

Nidialys Acosta and Julio Alvarez, the owners of Nostalgicar, a family business that takes tourists for rides along the Malecon boardwalk in restored 50s-era Fords and Chevrolets, said they've been pummeled by the downturn in recent years. The pair met with influential Republican Cuban American lawmakers during a 2017 trip to Washington in which they advocated for U.S.-Cuba relations to continue.

"Everything we recommended fell on deaf ears," Acosta said.

Michael Shifter, president of the Inter-American Dialogue, said Biden would have "a lot of latitude" to roll back Trump's Cuba policy, given that broad changes to travel and remittances can be made by executive order. But a Biden administration will also have to reckon with the political ramifications of returning to an opening widely perceived as having done little to spark economic reform or improve civil liberties.

Biden might demand more concessions from the Cuban government in exchange as a result; it is unclear to what extent officials might negotiate. Authorities have long asserted that they will not bend to the demands of the U.S. or any other foreign government.

"Frankly, they lost an opportunity under Obama," Shifter said. "It is very hard to know what the internal dynamic and deliberations are within the Cuban government."

Gregory Biniowsky, a Canadian consultant and former business owner on the island, said that if anything Trump's hardline policy prompts a defensive, knee-jerk reaction among Cuban officials wary of changes to the largely state-run economy.

"We know the Cuban leadership realizes change has to happen," he said. "But it's hard to do when you have a besieged fortress-type mentality."

Small business owners in Cuba said they are surviving almost entirely on their savings while also trying to come up with creative ways to generate income. Woow!!! started doing deliveries, while one of the owners of Nostalgicar has used a shiny classic to provide messenger and transportation services in Havana.

"After 60 years, I'm no longer afraid of what might happen," Alvarez said. "Cubans find a way."