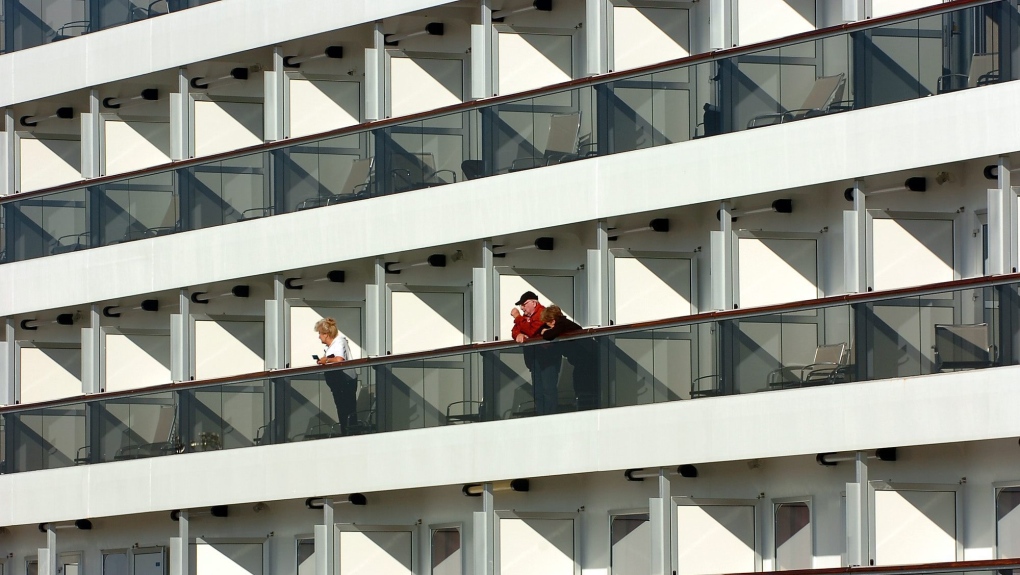 Passengers wait on the balconies of a Carnival Cruise Lines ship on Sunday, Nov. 19, 2006, in Fort Lauderdale, Fla., after the ship docked. (AP Photo/Steve Mitchell)

TORONTO -- A Kansas man has pleaded guilty to murdering his girlfriend on a Carnival cruise ship in 2018.

Eric Duane Newman, 55, admitted to strangling and pushing Tamara Tucker over the balcony railing in their cabin on the 13th deck of the Carnival Elation in January last year.

In an obituary published in the Kansas City Star at the time, Newman was referred to as her “partner and long-time love.”

On Thursday, he pleaded guilty to second-degree murder with “malice aforethought,” a legal term for intent to harm. The ship was sailing “on the high seas in international water” after leaving Florida for the Bahamas, according to a press release from the U.S. Department of Justice.

“Newman physically attacked Tucker, and strangled her by placing both of his hands around her neck,” the release said. “In the process of strangling her, Newman pushed Tucker over the cabin room balcony railing causing her to fall to her death onto the 11th deck.”

Tucker, who had just turned 50 two days before her death, was a grandmother and a social work professor in Missouri, according to her obituary.

“Tamara's life was dedicated to Public Service, teaching and advocating for social justice and safety for those that could not fend for themselves,” it reads. “Tamara has left an everlasting imprint of her love on all of our hearts. Tamara had a love for life.”

Newman is due to be sentenced in March.