Man may have spent several days trapped in walls of U.S. department store 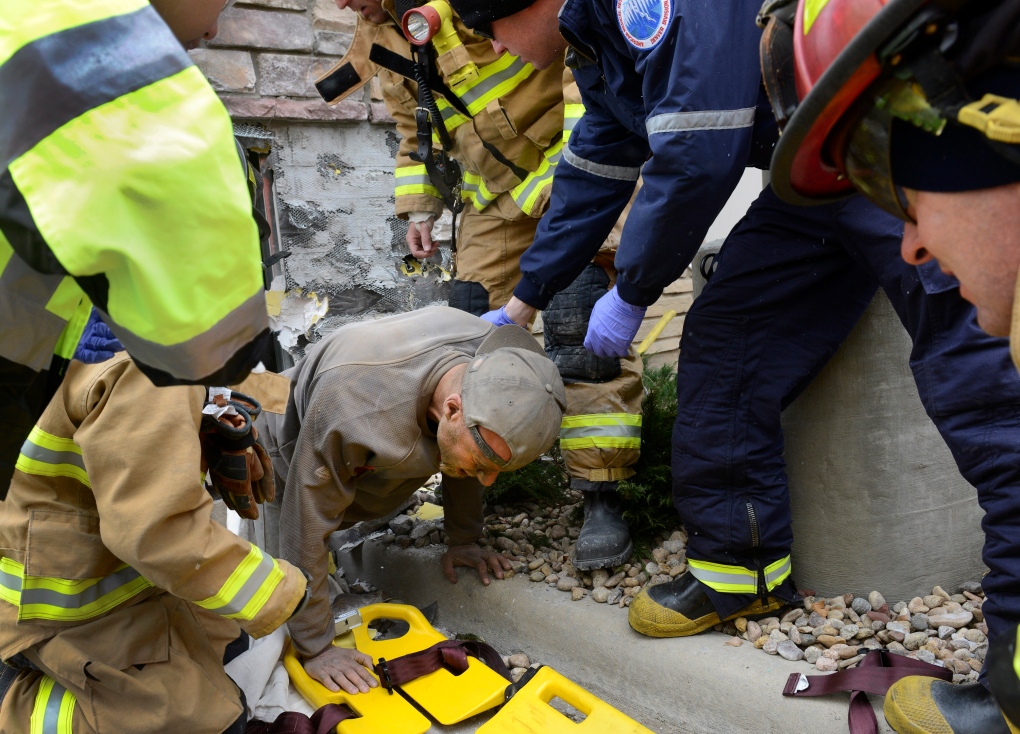 A man trapped in a wall at the rear of Marshalls crawls out of a hole and onto a backboard on Tuesday, Nov., 11, 2014 in Longmont, Colo. Authorities say the man may have been there for several days yelling for help. (The Daily Times Call / Lewis Geyer)

LONGMONT, Colo. -- Authorities say a man who was freed from a space between two walls of a Colorado department store may have been there for several days yelling for help.

Longmont police Sgt. Matt Cage says Paul Felyk was rescued Tuesday. The Longmont Times-Call reports firefighters used a circular saw to cut into the side of the building to free him.

Employees at the Marshalls store reported hearing someone yelling Monday but couldn't tell where it was coming from. On Tuesday, employees found the man yelling through a hole in the wall, so they notified authorities.

Longmont Fire Department spokeswoman Molly Meehan says Felyk entered the building through a vent on the roof for unknown reasons.

The 35-year-old was hospitalized and his condition was unavailable.