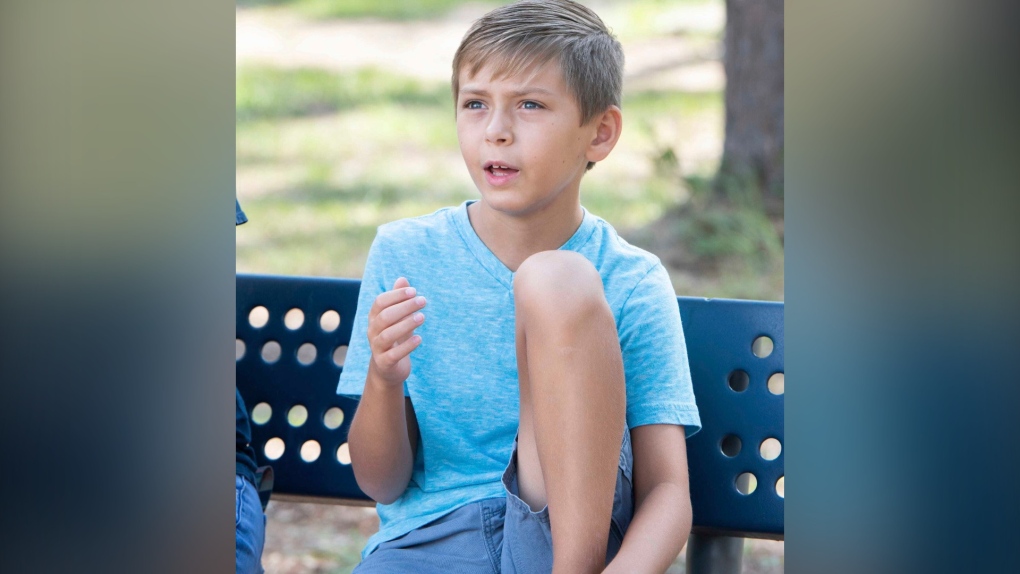 Asaih Williams, 9, is shown on Wednesday, Aug. 5, 2020 in Pensacola, Fla. Asaih saved his father's life during a recent visit to Quietwater Beach. Asaih kept his father, Joshua Williams, afloat and pulled him back to shore after he dove from the dock into the shallow water and fractured his neck. (Gregg Pachkowski/Pensacola News Journal via AP)

PENSACOLA, FLA. -- A 9-year-old Florida boy is being hailed a hero for pulling his father from the water after the man fractured his neck in a diving accident.

Young Asaih Williams said he always plays a game in his head when he's diving with someone. If the other person doesn't emerge from the water in a set amount of time, then the boy goes in after him.

He's never had any formal swimming or lifeguard training. It's just something he does. It ended up saving his dad's life over the weekend.

The family of five was at Quietwater Beach on Saturday enjoying a day outdoors. Shortly after sunset, the boy convinced his dad Josh to take one last jump from a dock into the Santa Rosa Sound, which turned out to be much more shallow than expected.

"All I remember was that he said he broke his neck and he said he was scared," Asaih told the Pensacola News Journal.

His dad emerged on his stomach, unable to turn over. Despite a 45-kilogram weight difference between the two, Asaih channeled superhuman strength, and turned his dad over to prevent him from drowning.

He then slowly, agonizingly, tugged his dad to shore until bystanders came alongside them.

Audrey Williams was further away onshore with the other children, including her 1-year-old daughter.

"Asaih saw that daddy wasn't coming up as quickly as he should have and he knew something was wrong," Audrey said. "He flipped him over, because Josh was on his stomach. Asaih flipped him over because he couldn't move."

Josh Williams was transported to the hospital with a fractured neck and underwent fusion surgery Monday.

The newspaper reported the man's injuries aren't expected to be life-altering and he won't require a wheelchair, but he's still trying to regain feeling in his arms and legs.

"He's progressing pretty fast. He lifted his head and sat up in a chair (Tuesday)," his wife said.