Man convicted of killing woman who mistook his car for Uber 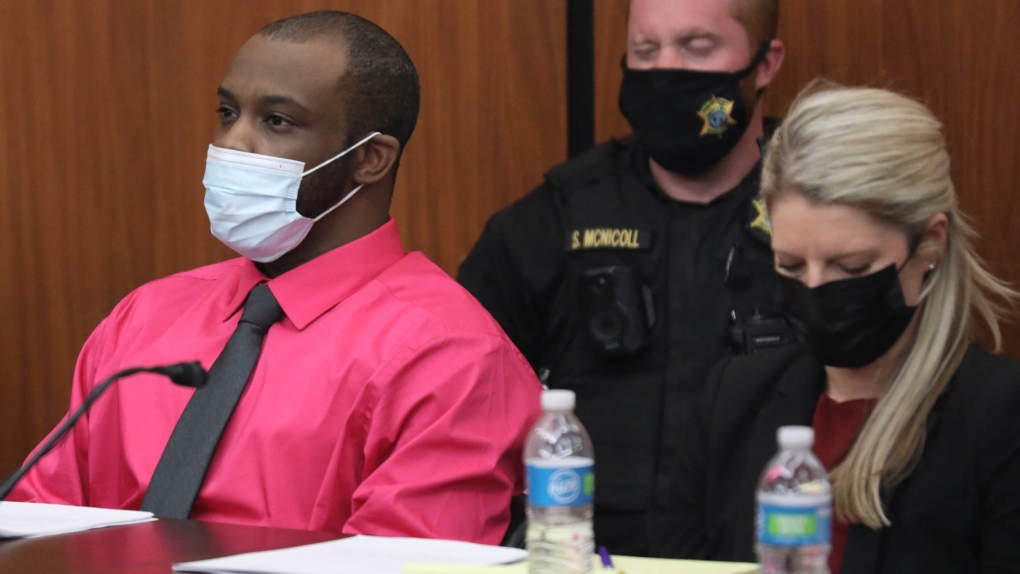 Defendant Nathaniel Rowland sits with his attorney Alicia Goode during closing arguments in his trial on Tuesday, July 27, 2021, in Richland County Circuit Court in Columbia, S.C. Rowland is accused of killing Samantha Josephson after luring her into his car in March 2019 . (Tracy Glantz/The State via AP)

COLUMBIA, S.C. -- A South Carolina man was convicted Tuesday of the 2019 abduction and murder of a 21-year-old college student who mistook his car for her Uber ride.

The jury took a little more than an hour to find Nathaniel Rowland guilty of the charges in the death of Samantha Josephson of Robbinsville, New Jersey. He was arrested the day after the University of South Carolina student disappeared from Columbia's Five Points entertainment district in March 2019.

Josephson got into Rowland's car thinking it was an Uber ride that would take her back to her apartment, prosecutors said. Instead, she found herself trapped because Rowland had the childproof locks on, investigators said.

She was never again seen alive. Covered in roughly 120 stab wounds, her body was later found in remote woods about 65 miles (105 kilometers) from Columbia. The death cast a national spotlight on ride-hailing safety and led to some changes, including more prominent displays of driver's license plates.

“Her dreams were my dreams, and her death was my death. I close my eyes, and I feel what she endured at his hands,” the victim's mother, Marci Josephson, said during the sentencing phase of Rowland's trial Tuesday.

The prosecution spent about a week presenting voluminous evidence and called nearly three dozen witnesses. Experts linked Josephson's blood to the interior of Rowland's Chevrolet Impala and to the suspected murder weapon, a knife with two blades. Her blood was also found on cleaning supplies in the trash behind the home of the man's girlfriend at the time - and on a sock and bandana owned by Rowland, the experts testified.

Other evidence included cellphone tracking data pinpointing Rowland's location the night of the crime. One forensic scientist testified that DNA collected from Rowland's fingernails matched the victim's genetic material, and DNA belonging to both suspect and victim were found on gloves also located in the trash.

Rowland's defense attorneys pointed out that scientists weren't absolutely certain Rowland's DNA was on the knife. His attorneys also argued that although Josephson appeared to fight her attacker, none of Rowland's DNA was found on her body and he had no visible marks of such a fight after his arrest. The defense called no witnesses, and Rowland did not testify.

Before resting the defense's case, Rowland's lawyer asked the charges be thrown out because prosecutors had a circumstantial case - never showing that Rowland actually killed Josephson nor that he was driving the vehicle when she disappeared.

Circuit Judge Clifton Newman rejected the request, saying there was an avalanche of direct and circumstantial evidence that a jury should consider.

Rowland faces up to life in prison without parole at sentencing.

Liu is a corps member for the Associated Press/Report for America Statehouse News Initiative. Report for America is a nonprofit national service program that places journalists in local newsrooms to report on undercovered issues.