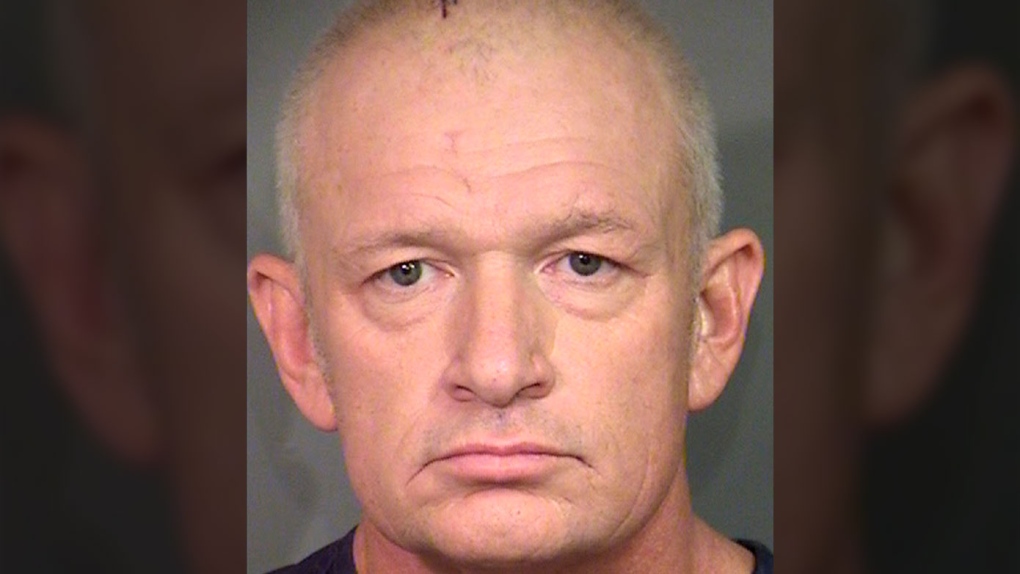 LAS VEGAS -- A man jailed in Las Vegas ahead of three court appearances this week on charges that could put him in prison for up to 14 years claims that he holds a British royal title, police said Monday.

Alexander Montagu-Manchester identified himself to detectives as the 13th Duke of Manchester, said Las Vegas police Officer Laura Meltzer, a department spokeswoman. The royal title dates back 950 years in Britain, to the time of William the Conqueror.

Montagu-Manchester, 53, is due to face a judge Tuesday on a burglary charge stemming from a break-in at a home in July. Police said he was found shirtless about 2:30 a.m. in a neighbouring home shortly after the burglary was reported, and said he lived there.

Montagu-Manchester also is scheduled in court Wednesday in a separate felony false police report case that led to his arrest Aug. 12. He's been jailed since then.

He will face another judge Thursday in a misdemeanour driving under the influence of drugs case from 2015. Prosecutor Eric Bauman said he's accused of having high levels of the muscle-relaxant benzodiazepine in his system at the time.

Meltzer said police reports didn't specify Montagu-Manchester's citizenship. A man who answered the phone for the British consulate in Los Angeles said Friday he could not give information about Montagu-Manchester without his authorization.

An arrest report states that Montagu-Manchester told Las Vegas police Aug. 3 that his estranged wife attacked him with a knife two days earlier, badly cutting his thumb as he moved into a new apartment. Laura Montagu denied that she cut him and said she never visited the new apartment.

A police detective said in the report that a moving company employee who had been at the apartment and hospital medical personnel said Montagu-Manchester told them he injured himself using a bayonet to cut packing box tape.

He resolved a felony bad check charge in Las Vegas in 2013 without being convicted after paying restitution, court records said.

That came after Montagu-Manchester several months earlier pleaded no contest to a disorderly conduct charge alleging he pointed a gun at someone. The charge was dismissed after he completed a court diversion program.