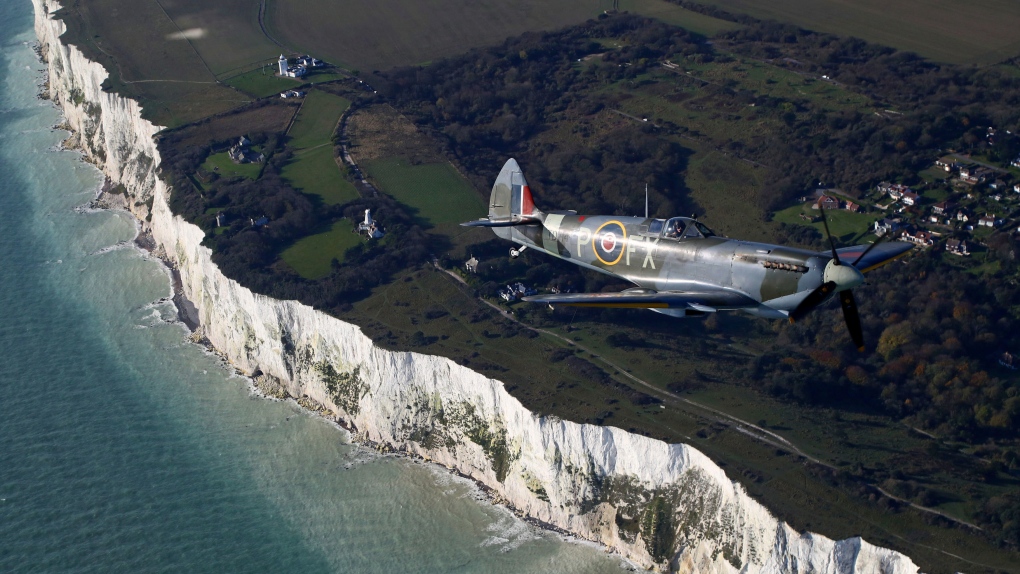 A World War II Spitfire, flies over the White Cliffs of Dover in Kent, England in a tribute to the fallen on Remembrance Day, Sunday Nov. 10, 2019. (Gareth Fuller/PA via AP)

Veterans are outraged after a man set off a firework during a Remembrance Day silence.

The 38-year-old was due to appear in court Monday following the incident on Sunday in Salford, England, police said in a statement.

In the U.K., the main remembrance ceremonies are held on Remembrance Sunday, the Sunday nearest to November 11, when a two-minute silence is observed at 11 a.m.

Stuart Potts is alleged to have shot the firework shortly after 11 a.m. on Remembrance Sunday.

Greater Manchester Police said they were called to reports of a disturbance at a pub on Church Street in Eccles, a town in Salford.

The London Independent reports that the firework was thrown from a first-floor window as hundreds of people gathered in silence for the event.

The newspaper reported that a crowd of angry veterans gathered outside the building shouting “get him out” and tried to break down the door of the pub while others attempted to climb up to the window.

Potts was arrested shortly after. There were no reports of injuries, according to the Independent.

A man has been charged with a public order offence and for firing fireworks in to a public place. https://t.co/XgT2Xs5UH4 pic.twitter.com/z2vIyBi5xL

In the trenches at Vimy Ridge: How to take a virtual tour

A dead veteran's car was parked at a hospital for years. His estranged family now knows why

'No regrets': The story of a war bride who moved to Canada