Mali prime minister lashes out at France, UN, saying country had been 'stabbed in the back'

Mali prime minister lashes out at France, UN, saying country had been 'stabbed in the back' 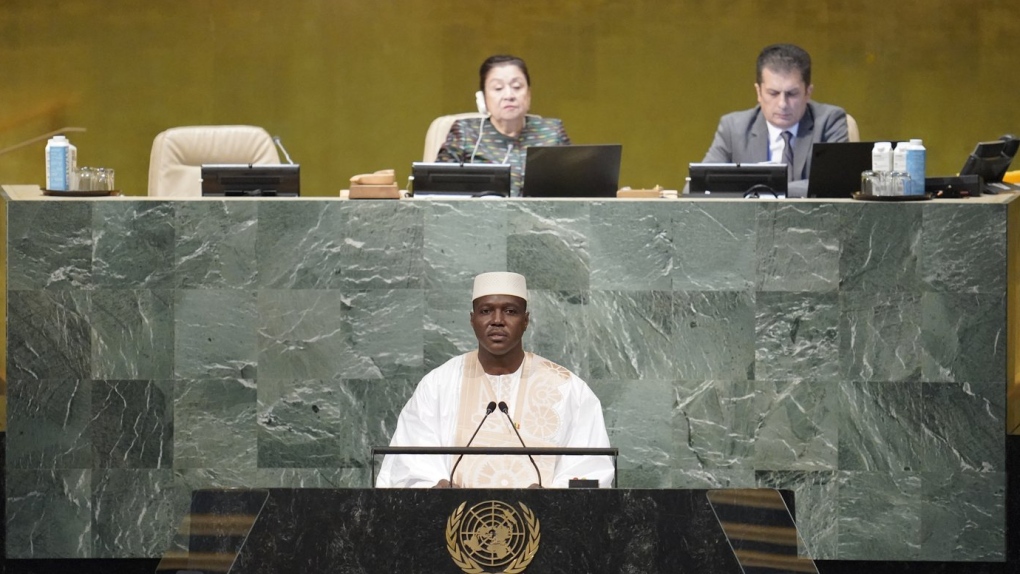 Mali's prime minister lashed out Saturday at former colonizer France, the UN. secretary-general and many people in between, saying that the tumultuous country had been "stabbed in the back" by the French military withdrawal. In the same remarks, Abdoulaye Maiga praised the "exemplary and fruitful cooperation between Mali and Russia."

Maiga was directly criticizing UN Secretary-General Secretary-General Antonio Guterres by the fourth sentence of his speech to the General Assembly. And he slammed what he called France's "unilateral decision" to relocate its remaining troops to neighboring Niger amid deteriorating relations with Mali's two-time coup leader, Col. Assimi Goita.

While it was Goita and his allies who overthrew a democratically elected president by military force two years ago, Mali's prime minister repeatedly referred to a "French junta" throughout his speech Saturday.

"Move on from the colonial past and hear the anger, the frustration, the rejection that is coming up from the African cities and countryside, and understand that this movement is inexorable," Maiga said. "Your intimidations and subversive actions have only swelled the ranks of Africans concerned with preserving their dignity."

France intervened militarily in 2013, leading an effort to oust Islamic extremists from control of the northern Malian towns they had overtaken. Over the past nine years, France had continued its presence in a bid to stabilize the country amid repeated attacks by insurgents. The French departure has raised new concerns about whether those militants will again regain territory with security responsibilities now falling to the Malian military and UN. peacekeepers.

Maiga insisted Saturday that "terrorist groups have been severely weakened" since the August 2020 coup d'etat even though militants over the summer attacked the country's largest military base, just 15 kilometers outside the capital, Bamako.

In a more than 30-minute speech, he referenced everything from Victor Hugo to the Rwandan genocide. Maiga repeated unfounded claims that France colluded with Islamic extremists and spoke of nefarious elements with "hidden agendas."

At one point he even called into question the nationality of Niger's President Mohamed Bazoum, whom he called a "foreigner who claims to be from Niger."

"We know that the people of Niger, brothers of Mali, are distinguished by very rich societal, cultural and religious values," Maiga said. "Bazoum is not a Nigerien."

The Malian prime minister offered a grim assessment of the UN peacekeeping mission known as MINUSMA, while openly praising the influence of Russian mercenaries from the Wagner Group who have been accused of carrying out human rights abuses.

"We must recognize that nearly 10 years after its establishment, the objectives for which MINUSMA was deployed in Mali have not been achieved," Maiga said. "This is despite numerous Security Council resolutions."

The Malian prime minister had particularly sharp words as well for Guterres, criticizing his recent comments on the standoff between Mali and Ivory Coast over 46 detained Ivorian soldiers.

On Saturday, he said that soldiers had arrived in Bamako with weapons, indicating on their paperwork that they were painters and masons. Instead, he said, they came "with the evil intention of destabilizing the country."

Three female Ivorian soldiers already have been released as a "humanitarian gesture," but there have been no updates about the others.

"Since friendship is based on sincerity, I would like to express my deep disagreement with your recent media appearance, in which you took a position and expressed yourself on the case of the 46 Ivorian mercenaries," he said in comments aimed at Guterres.

The nature of the offenses in the case "does not fall within the remit of the secretary-general of the United Nations," he added.

Maiga, a government spokesman, was dispatched to New York to address the UN General Assembly instead of Goita. The coup leader instead attended celebrations Friday in Bamako marking Mali's independence from France in 1960.

Also in attendance at that event was the junta leader who seized power in Guinea a little over a year after Mali's coup d'etat. A third West African country, Burkina Faso, underwent a military coup in January, deepening fears that democracy is backsliding in the region amid mounting violence from Islamic extremists.