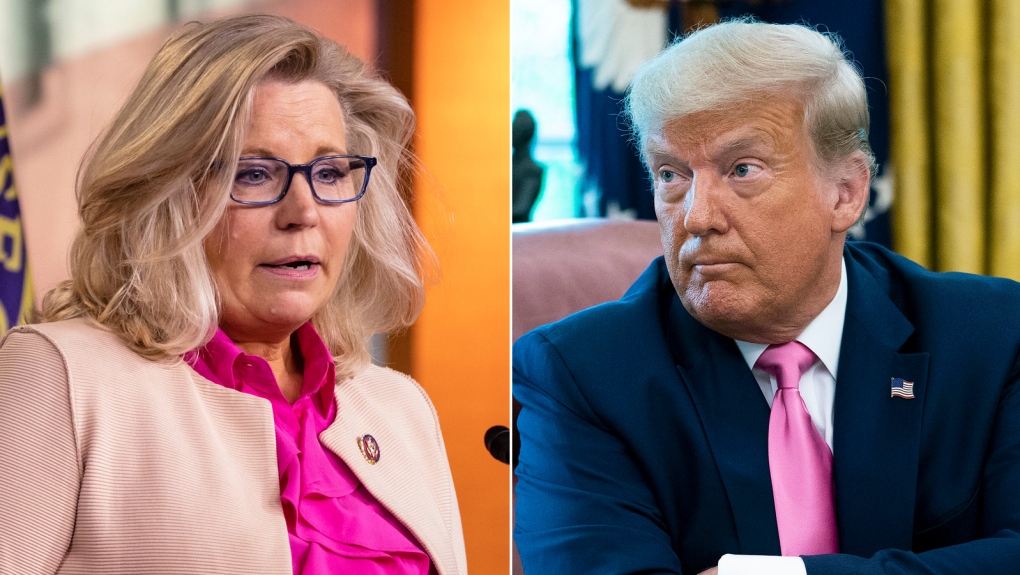 Wyoming Rep. Liz Cheney, the No. 3 House Republican, said Wednesday she would not support Donald Trump if he decided to launch another White House bid in 2024. (Getty via CNN)

Wyoming Rep. Liz Cheney, the No. 3 House Republican, said Wednesday she would not support Donald Trump if he decided to launch another White House bid in 2024.

"I would not," Cheney told Fox News' Neil Cavuto when asked if she would support the former President if he ran again.

Cheney was one of just 10 House Republicans who voted to impeach Trump for "incitement of insurrection" following the January 6 attack on the U.S. Capitol. In a statement before she cast her vote, Cheney said Trump "summoned this mob, assembled the mob, and lit the flame of this attack."

"There has never been a greater betrayal by a President of the United States of his office and his oath to the Constitution," she said at the time.

House Republicans later voted 145 to 61 in favor of keeping Cheney on as conference chair after she defended her support for impeachment in the face of intense backlash from Trump loyalists.

But her comments Wednesday preview what could become a complicated political landscape in the GOP as some in the party position themselves for potential 2024 presidential bids while Trump has teased another White House run himself.

During a Conservative Political Action Conference speech in February, the former President declared, "With your help, we will take back the House, we will win the Senate, and then a Republican president will make a triumphant return to the White House."

Cheney on Wednesday stood by her decision to vote to impeach Trump, asserting that his actions amounted to "the gravest violation of an oath of office by any president in American history."

"For us as a party, we have to be the party of hope and aspiration, and we cannot embrace insurrection. We can't minimize what happened on January 6. And I think all of us, regardless of partisanship, have an obligation and a duty to the Constitution. A duty to the peaceful transition of power," she told Fox News.

The Wyoming Republican pointed to U.S. President Joe Biden's decision to withdraw U.S. troops from Afghanistan and the Green New Deal proposal as some of the areas where Republicans should focus their opposition moving forward.

"Those are all battles that we have got to fight -- battles we've got to be in that I'm honored to be in and that I'm going to continue to fight and I know ultimately that we will win."