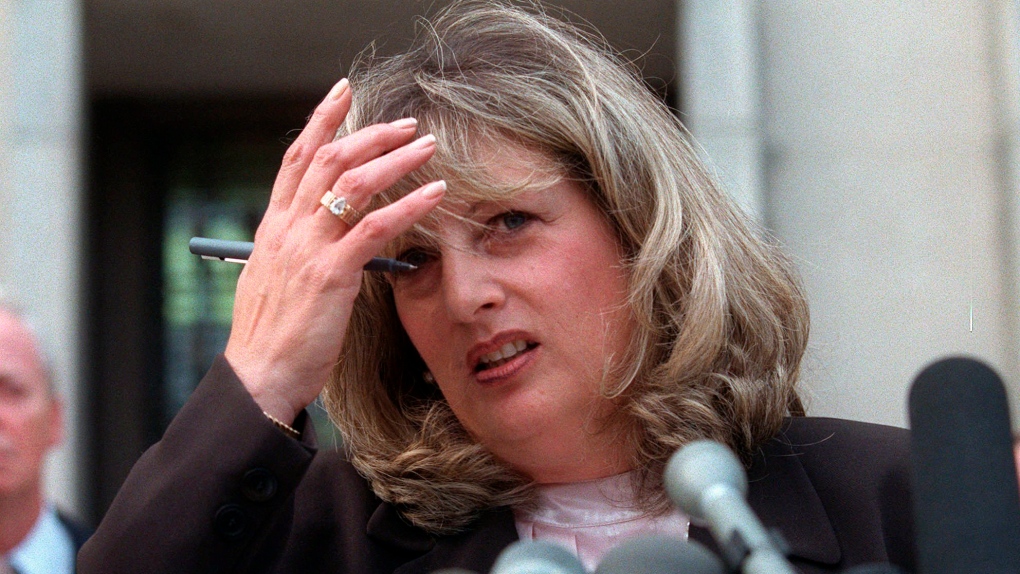 Her death was confirmed by attorney Joseph Murtha. He provided no further details.

In August 1994, Tripp became a public affairs specialist at the Pentagon, where Lewinsky worked after being a White House intern. The two reportedly became friends.

Tripp made secret tapes of conversations with Lewinsky, who told her she had had an affair with Clinton. Tripp turned almost 20 hours of tapes over to Kenneth Starr, the independent prosecutor investigating the president, prompting the investigation that led to his impeachment.

As news broke Wednesday that Tripp was near death, Lewinsky tweeted that she hoped for her recovery "no matter the past."

no matter the past, upon hearing that linda tripp is very seriously ill, i hope for her recovery. i can’t imagine how difficult this is for her family.