'Like a soap opera': The glamorous life of El Chapo's detained wife 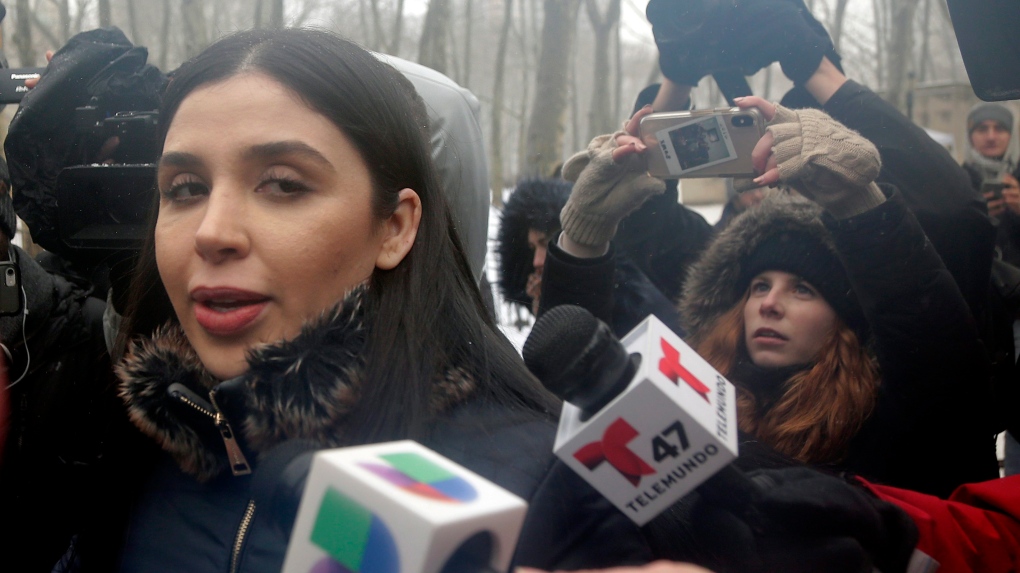 Coronel, 31, married young into infamy and had a front-row seat to Guzman's high-stakes cat-and-mouse game with Mexican and U.S. agents hunting him down.

A U.S.-Mexican dual national, Coronel was arrested on Monday at Dulles International Airport and is due to appear in a U.S. District of Columbia court on Tuesday charged with distributing cocaine, heroin and other drugs.

Coronel caught the attention of Guzman, who is more than three decades her senior, when she was a teenaged beauty queen.

They married after she turned 18 in 2007 and had twin daughters, spending their entire married life with Guzman either in jail or on the run as the leader of the powerful Sinaloa cartel. Guzman is serving a life sentence in a U.S. jail.

Coronel's fame soared during Guzman's 2019 trial in New York, where she became a media sensation with her designer outfits and the loyalty she showed her husband - even as prosecutors detailed how he kept a string of lovers.

She even became a key character in the court drama when a former lieutenant of Guzman's alleged Coronel played a pivotal role in her husband's Hollywood-style escape from prison in a mile-long tunnel burrowed under his jail cell's shower in 2015.

Piggybacking on her husband's fame and seeking to cash-in on her celebrity outside Mexico, Coronel launched a clothing brand in the United States in 2019 and even appeared in a U.S. reality show about mafia families.

"I consider myself a normal woman," Coronel said in VH1's Cartel Crew show, speaking aboard a yacht.

"It's sad that they judge us without knowing us. It's hard."

In media interviews, Coronel emphasized her enduring loyalty to Guzman and her focus on bringing up their twin daughters.

"Emma is like the old narco families in Sinaloa," a former acquaintance told Reuters.

Steeped in the narco tradition from an early age, Coronel was raised in the mountains of Durango, part of Mexico's "Golden Triangle" of drug trafficking states that includes Sinaloa. Her father was jailed for trafficking drugs in 2017.

Coronel first hit the headlines in Mexico after her 2007 church wedding in rural Durango to Guzman, who at the time was on the run from authorities.

Coronel would be by Guzman's side during several near-misses as Mexican police and U.S. agents tracked him.

They got a plot of land near the prison, arranged weapons, brought an armored truck and even had a GPS wristwatch smuggled into Guzman's cell so the tunnel engineers would have exact jail cell coordinates to help their digging, according to testimony.

Guzman was captured again in 2016 and extradited to the United States in 2017.

At Guzman's trial, whenever he entered the court, he would seek Coronel out and wave. They could not speak to each other but their glances caught the attention of the media.

"It was like a love story in complete silence as she wasn't allowed to say anything," said journalist Miguel Angel Vega of the Riodoce newspaper in Sinaloa who covered the trial.

"It's quite interesting to see what's happening in this new case," Vega said. "It's like a soap opera."