Life as a woman of ISIS: Insider document details expectations for female jihadists 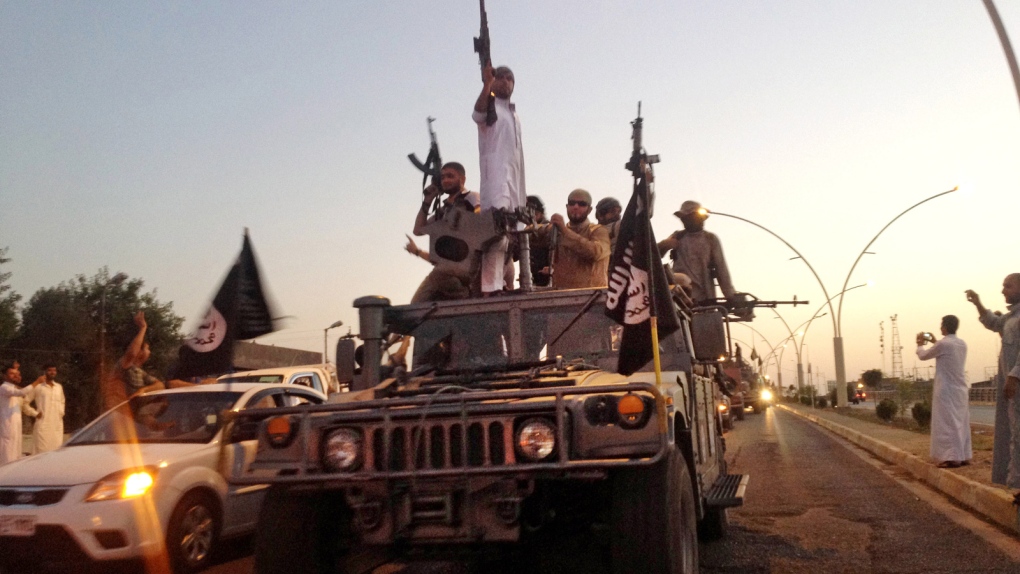 A 30-page document being circulated by the Islamic State paints a life of submission and behind-the-scenes contribution for women who join the group, rather than the more exciting frontline role many young recruits might be promised.

The Quilliam Foundation, a British “counter-extremist” think tank, released a translation of what appears to be a guideline for the lives of female citizens within the Islamic State.

“It is considered legitimate for a girl to be married at the age of nine,” reads one section. “Most pure girls will be married by sixteen or seventeen while they are still young and active.”

The document was translated by Quilliam researcher Charlie Winter and released in English on Thursday.

“It cuts through a lot of the romanticism and adventurism that Western female jihadists have for the Islamic State,” Winter said in an interview with BBC Radio 4.

“I think there’s probably a difference, a pretty big difference, between what British female jihadists are saying on Twitter and Facebook to what the reality of it is.”

The report is said to be authored by the Al-Khansaa Brigade, a group of female jihadists originally formed to expose men disguised in women’s clothing at ISIS checkpoints.

Entitled “Women in the Islamic State: Manifesto and Case Study,” the document sets out standards for things like women’s education and dress, and when they should be permitted to leave indoors.

Life in the Islamic State

Winter said the document is aimed at women in the Arab peninsula, rather than those the group might be attempting to recruit in the West. He said the authors intended it for an audience that is “used to a very austere interpretation of Islam.”

On schooling, the state denounces “worthless worldly sciences” taught in the West, like the study of “brain cells of crows, grains of sand and the arteries of fish” – though it does encourage what it calls “Shariah science.”

Women will ideally attend school between the ages of seven and 15, mostly to study religion and homemaking skills, according to the report. It does state, though, that no schools or universities have been closed by the Islamic State, despite separating men and women in colleges.

On dress, the group describes the return of coverings and hijabs within its territories as a return to decency.

“Now, women are able to travel…without having to show their face to the eyes of even one inspector,” the translated document reads. “Respect for their bodies has returned and has been taken from the eyes of onlookers, with their corrupted hearts.”

Women are only permitted to leave the house under three circumstances: if, in the absence of men, they are needed to fight; if they are leaving to study religion; or if they are doctors, who are required to follow Sharia guidelines.

Overall, women play a role of passive support, rather than actively fighting to achieve the goals of the Islamic State.

“It is always preferable for a woman to remain hidden and veiled, to maintain society from behind this veil,” the document reads. “This, which is always the most difficult role, is akin to that of a director, the most important person in a media production, who is behind the scenes organising.”

The new way of life

In addition to being a rulebook for women, the report also seeks to separate the Islamic State’s views from those of its enemies. The group denounces noted Muslim scientists like Ibn Nafis and Ibn al-Haitham, both otherwise celebrated for helping lay the foundation of their respective fields of medicine and optics centuries ago.

At the same time, the authors of the document seem to consider the Islamic State a champion of women’s rights. The writers specifically cite Saudi Arabia as an example of a “hypocritical state,” saying its supporters are “deceived” into thinking the country “protects the Muslim women and gives her all her rights without scrimping.”

The document then goes on to explicitly denounce the “Westernisation” of Muslim women in Saudi Arabia and other Arab countries.

“Female dignity has been obliterated and restlessness has begun to take shape in gatherings of people regarding this worsening situation,” it says. “Currently, women are able to work alongside men in shops like banks, where they are not separated by even a thin sheet of paper.”

The document concludes with a message to “the enemies of the Islamic state,” saying that women have rightfully returned to their “sedentary lifestyle.”

“Throw the sputum of your culture, your civilisation and your thinking into the sea,” it says. “God fights you and you are not of us and we are not of you.”