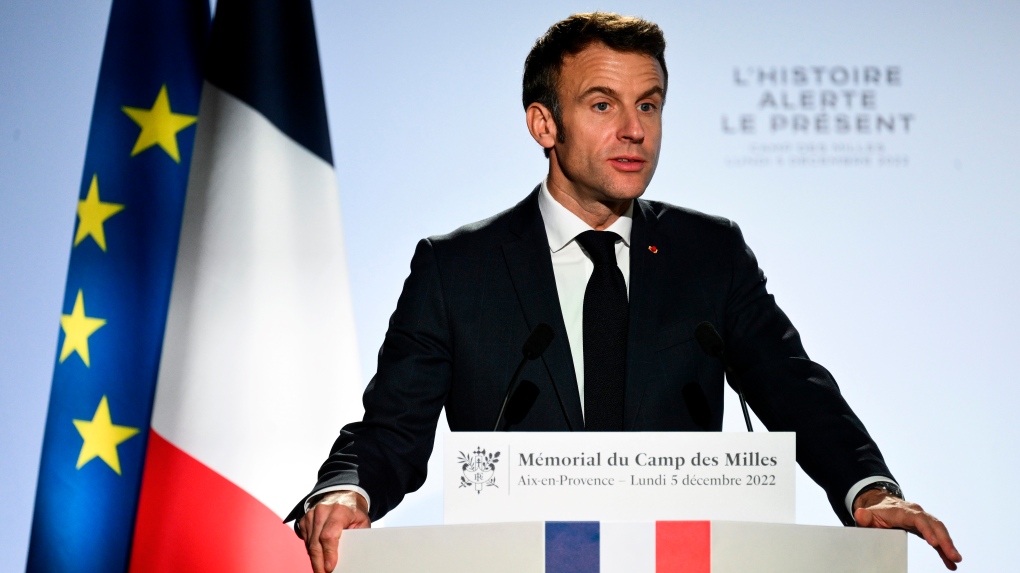 French President Emmanuel Macron visited a camp in France where authorities rounded up Jews before and during Second World War, and said Monday it's time to "open our eyes" to resurgent antisemitism and xenophobia.

Some 10,000 people of 38 nationalities were interned at the Camp des Milles on the outskirts of Aix-en-Provence, and more than 2,000 were deported to Auschwitz, according to camp historians. The roundups began in 1939, nearly a year before Germany's Nazis occupied France.

The Camp des Milles "is not an accident of history, but the fruit of a deliberate slide" toward genocide rooted in historic French antisemitism and the "slow erosion of the republican spirit," Macron said.

"Here, at the Camp des Milles, France was what it should never again become," he said, calling for his country to be "the voice of humanism" instead.

The camp is now a memorial site that includes more than 400 illustrations and murals painted on the walls by artists and intellectuals who were once interned there, including Max Ernst. Visitors can see where the internees slept, or managed to hide, and walk the path they took to deportation convoys.

"Let us open our eyes to the rise of xenophobia and antisemitism, tune our ear to the resurgence of racism. Let us never be fooled by the new clothing adopted by the same ideologies of division," Macron said.

The French Interior Ministry reported a rising number of acts of vandalism, public insults and other infractions based on race or religion last year.

Macron faced two far-right challengers in this year's presidential election. The far-right National Rally party won a record number of seats in the lower house of parliament, while Macron's centrists lost their majority.

National Rally leader Marine Le Pen has sought to distance the party from antisemitic views espoused by her father, Jean-Marie Le Pen; the party now focuses its anger on immigration and Muslim practices it sees as a threat.

Is working from home or the office better? Some Canadians weigh in

News that she'd be headed back to the office was very welcoming for English instructor Kathy Andvaag, after more than two years teaching from her “dark” and “cold” basement.