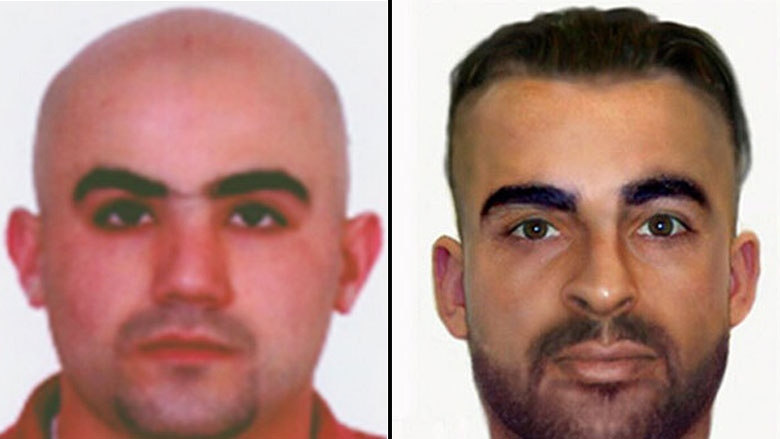 From left: Hassan El Hajj Hassan and Meliad Farah are seen in these undated photos.

SOFIA, BULGARIA -- A Bulgarian court on Monday sentenced two Lebanese men in their absence to life in prison over a deadly 2012 bus bomb attack on Israeli tourists at the country's Burgas airport.

The attack in July 2012 killed five Israelis including a pregnant woman, their Bulgarian bus driver and the bomber -- a Franco-Lebanese national -- as well as leaving more than 35 people injured.

It was the deadliest attack against Israelis abroad since 2004.

Bulgarian and Israeli authorities blamed the bombing on the Lebanese Shiite movement Hezbollah, playing a part in a subsequent European Union decision to blacklist Hezbollah's military wing as a "terrorist" organisation.

Sofia's Specialised Criminal Court sentenced the two men identified as the bomber's accomplices to "life in jail without parole", finding them guilty of complicity in an act of terrorism, manslaughter and attempted manslaughter, as well as for using fake identity documents.

Lebanese-Australian Meliad Farah, 31 at the time of the attack, and Lebanese-Canadian Hassan El Hajj Hassan, 24, were charged in mid-2016 in absentia.

"The evidence... showed that the two defendants with Australian and Canadian passports are of Lebanese descent and linked to the radical wing of the Shiite group Hezbollah," the court concluded in a statement.

It also ruled that the two -- who had fled Bulgaria and have not been tracked down so far -- must pay damages to the families of those who died or were injured in the attack amounting to more than 100 million leva ($60 million).

None of the Israeli relatives of the victims or the family of the killed Bulgarian driver were present in court for the verdict.

A DNA analysis of the bomber's remains found at the site identified him as 23-year-old Franco-Lebanese national Mohamad Hassan El-Husseini.

Airport CCTV footage showed him wandering inside the airport's arrivals hall with a backpack on his back shortly before the explosion that tore through a bus outside the terminal that was headed to Sunny Beach, a popular summer destination on the Black Sea.

According to witness accounts, he tried to put his backpack inside the luggage compartment of the bus full of Israelis when it exploded.

Prosecutors were unable to determine if the explosive was triggered by the bomber or remotely detonated by either Farah or Hassan, who had also helped him assemble the explosive device.

Prosecutor Evgenia Shtarkelova told reporters after the verdict that the duo is still actively sought on an Interpol Red notice.

"This is the sentence that I expected, the one that the prosecution had sought... and that this type of crime deserves," Shtarkelova said.

The investigation into the attack found that Farah and Hassan had arrived in Bulgaria from Romania in June 2012 and left again on the evening after the attack.

Shtarkelova said that the nature of the explosive device, the fake US driver's licences used by the two men, their Lebanese descent and some family ties "link both defendants... and the attack to the terrorist organisation Hezbollah".

The investigation found that the fake licences were made by the same printer at a university in Lebanon. It also said the suspects received money from people linked to Hezbollah.

The sentences are subject to appeal to a higher court but a public defender for Hassan, Zhanet Zhelyazkova, said that she has not yet decided if she would appeal.

"I did not expect that the court will hand down the heaviest punishment on the basis of the available evidence on the case. This was a surprise to me," the lawyer said.

She commented earlier that according to the evidence her client's alleged complicity with the attack was "only circumstantial."