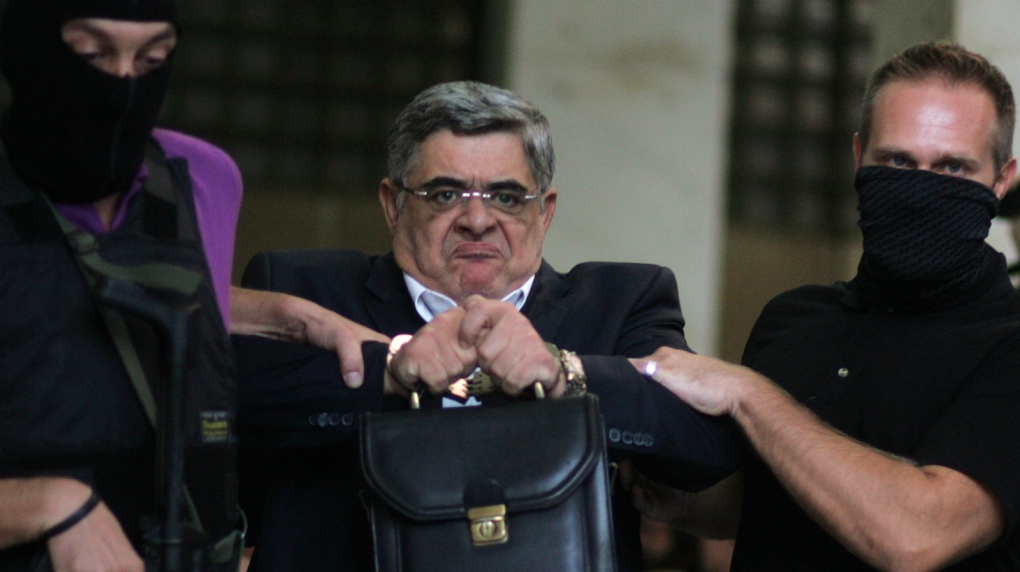 ATHENS, Greece - Leaders of Greece's third-largest political party, the extreme right Golden Dawn, went on trial Monday on charges of operating as a criminal organization that allegedly carried out a campaign of violence against immigrants and left-wing opponents.

Party leader Nikos Michaloliakos and senior officials are among 69 defendants in the case closely watched by a country reeling from financial hardship and political uncertainty.

Currently under house arrest, Michaloliakos was not present at the start of the trial, which is expected to last more than a year.

The trial was adjourned until May 7 to allow one of the defendants to receive court-appointed representation.

First appearing as a tiny neo-Nazi organization in the mid-1980s, Golden Dawn transformed from a marginal far-right group into a popular political party during the financial crisis that started in 2009.

It won 6.28 per cent of the vote in a general election three months ago, despite having state campaign funding axed.

The trial is being held inside Korydallos maximum-security prison near Athens, where nearby schools and municipal services were closed Monday.

Police cordoned off streets around the jail, about 10 kilometres west of the capital, while several anti-Golden Dawn rallies attended by more than a thousand protesters remained peaceful.

“The town is like a fortress ... The trial should not take place here,” Korydallos mayor Stavros Kasimatis said.

Michaloliakos, a 57-year-old anti-immigrant firebrand, and 12 other members of parliament each face up to 10 years in prison if found guilty. Politicians and legal experts are divided over whether convictions could lead to the party being outlawed, with most opposing a ban.

Although Greek authorities don't keep official records on racist violence, human rights groups say a surge of attacks has occurred since 2010, typically against dark-skinned immigrants in Athens and frequently resulting in serious injury. Victims have reported that attackers - often in groups and using brass knuckles and baseball bats - have often identified themselves as Golden Dawn supporters.

“Golden Dawn is not being prosecuted for its ideology but its criminal activity. ... This is an important day for the country,” said Athens Mayor Giorgos Kaminis, who was summoned to the trial as a prosecution witness.

The party denies involvement in attacks, and claims political opponents conspired against it after Golden Dawn exceeded 10 per cent in opinion polls in 2013.

“They decided to put us in handcuffs ... but in the face of all the mudslinging, Golden Dawn is the third strongest party in the country whether some people like it or not,” Michaloliakos said after his release from prison last month, having served the maximum 18 months permitted under Greek law in pre-trial detention.

The crackdown was launched against Golden Dawn in 2013 after Greek rap singer Pavlos Fyssas was stabbed to death, allegedly by a party volunteer who was arrested after the street attack.

Fyssas' mother, Magda Fyssa, was present in court Monday, appearing shaken and helped by relatives as she arrived.