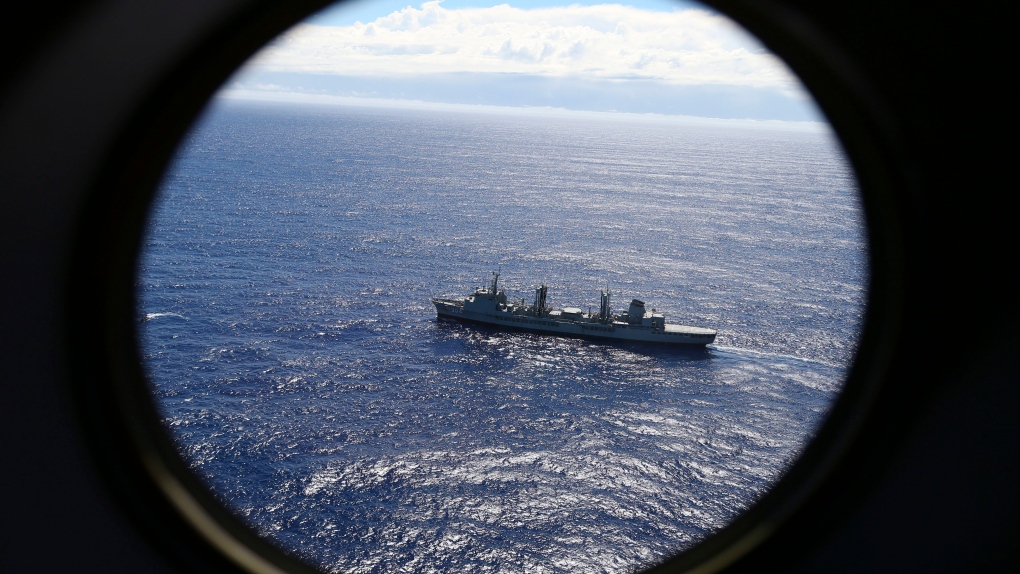 KUALA LUMPUR, Malaysia - The head of a U.S. technology company that scoured the Indian Ocean seabed for more than three months looking for Malaysia Airlines Flight 370 said on Tuesday he was disappointed the hunt failed to find any wreckage and hoped to take part in a future search.

Malaysia said last week the search by Texas-based Ocean Infinity would end on Tuesday after two extensions of the original 90-day time limit.

Ocean Infinity chef executive Oliver Plunkett said the search would soon end after covering more than 112,000 square kilometres (43,000 square miles) of remote ocean floor - an area more than four times larger than the zone targeted by experts as the most likely crash site.

“I would firstly like to extend the thoughts of everyone at Ocean Infinity to the families of those who have lost loved ones on MH370. Part of our motivation for renewing the search was to try to provide some answers to those affected,” Plunkett said in a statement.

“It is therefore with a heavy heart that we end our current search without having achieved that aim,” he added.

Plunkett said he was pleased to hear the new Malaysian government had made finding the Boeing 777 that vanished with 239 people aboard a priority.

“Whilst clearly the outcome so far is extremely disappointing, as a company, we are truly proud of what we have achieved both in terms of the quality of data we've produced and the speed with which we covered such a vast area,” Plunkett said.

“We sincerely hope that we will be able to again offer our services in the search for MH370 in the future,” he added.

Malaysia signed a “no cure, no fee” deal with Ocean Infinity in January to resume the hunt for the plane, a year after the official search in the southern Indian Ocean by Australia, Malaysia and China was called off. Ocean Infinity stood to be paid $70 million if it had found the wreckage or black boxes. No other search is scheduled.

Grace Nathan, spokeswoman for the victims' next of kin support group Voice370, said Malaysia's new government had given the families no information about what would happen next.

“I don't think Voice370 is ready to give up. We strongly believe this is not the time to give up,” Nathan said in Kuala Lumpur, Malaysia.

“The fact that this current search didn't find anything has only raised more questions than provided answers. I believe this means that there is more reason to reinvestigate, reevaluate, and restart if necessary,” said Nathan, who lost her mother on Flight 370.

Australia, Malaysia and China agreed in 2016 that an official search would only resume if the three countries had credible evidence that identified a specific location for the wreckage.

Flight 370 vanished on March 8, 2014, while flying from Kuala Lumpur to Beijing. The original search focused on the South China Sea before an analysis revealed that the plane had made an unexpected turn west and then south.

Experts used drift analysis of wreckage found washed ashore on the west coasts of the Indian Ocean to define the new search area where Ocean Infinity focused. The area considered the most likely crash site was only 25,000 square kilometres (9,650 square miles), roughly the size of Vermont.

Danica Weeks, an Australian resident who lost her husband on Flight 370, urged Foreign Minister Julie Bishop to call on Malaysia's new government to be more transparent about what they know about the mysterious disappearance.

Jiang Hui of China, whose mother was on board the plane, said he appreciated Ocean Infinity's efforts but still hoped for more information on the reason for the disappearance.

“I don't believe a corrupted government can be efficient or fair,” he said, referring to the administration of Najib Razak, who was Malaysia's prime minister when the flight disappeared and who has been questioned by police in a money-laundering scandal that tainted his government.