Landslides and floods kill at least 31 in northeast Brazil 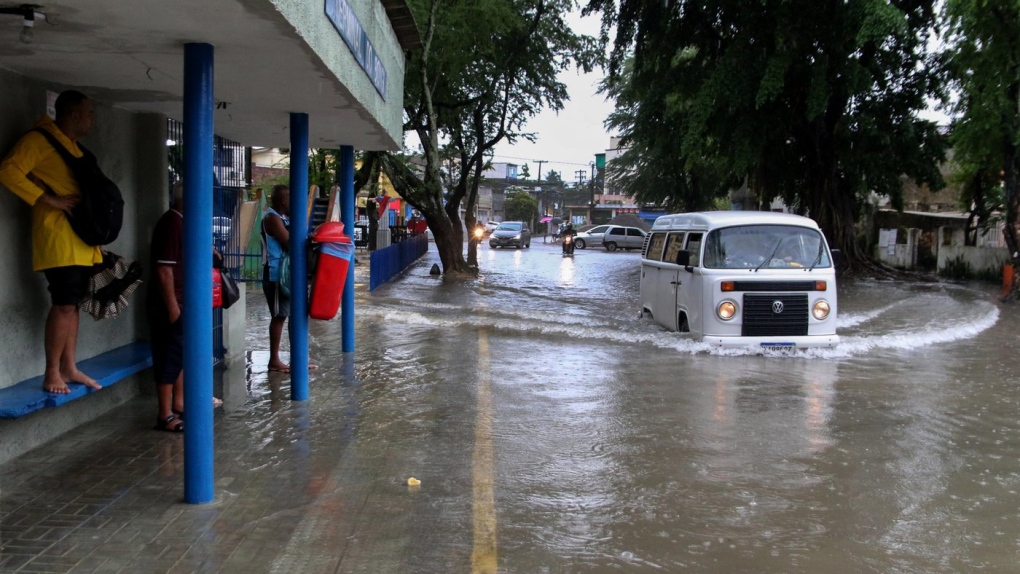 A woman stands on a bus stop bench as a driver of a Volkswagen van navigates a flooded street in Recife, state of Pernambuco, Brazil, May 28, 2022. (AP Photo/Marlon Costa/Futura Press)
BRASILIA, Brazil -

Landslides caused by heavy rains killed at least 29 people in the state of Pernambuco in northeast Brazil on Saturday, authorities said. In Alagoas, another state in the region, two people died when they were swept away in river flooding on Friday.

More than 1,000 people have been forced to leave their homes because of the flooding in Pernambuco, civil defence officials said.

The executive secretary of the civil defence agency in Pernambuco, Lt. Col. Leonardo Rodrigues, said in a video posted on Instagram that about 32,000 families live in areas at risk of landslides or flooding in the state.

Schools in the city of Recife have been opened to receive the homeless.

In Alagoas, the state government said 33 municipalities have declared an emergency due to the effects of the heavy rains in the past several days.

President Jair Bolsonaro said on Twitter that teams from the Ministry of Regional Development and the Armed Forces will be sent to the state and also to Alagoas for “relief and humanitarian assistance."

One scandal too many: British PM Boris Johnson resigns

A Quebec man who fell and broke his jaw, cheekbone and a bone around his left eye while visiting British Columbia says his surgery was cancelled after he was told his home province “won't pay” for the procedure.

Dozens of people have been displaced after an intense, third-alarm fire on Vancouver's Downtown Eastside Wednesday night.

As concerns grow that Canada's red-hot real estate market may be starting to cool, one real estate agent in Toronto says that some homeowners in the city are becoming increasingly 'desperate to sell right now.'

How to find cheaper flights this year as airfares soar

For those who remain undeterred by the daunting lines and flight delays at Canadian airports, questions remain about how to save money on air travel amid mounting fuel costs and inflation.