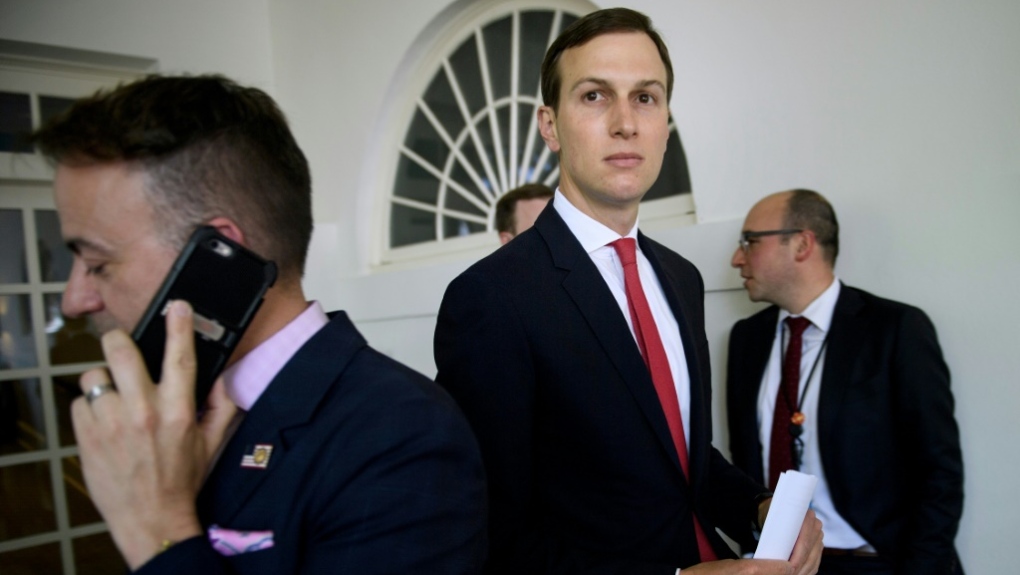 U.S. President Donald Trump's son-in-law Jared Kushner is heading to the Middle East, the White House said Tuesday, signalling a fresh push on a long promised but yet to be delivered peace plan for the region.

The trip comes amid a flurry of other administration moves to shore up alliances with Arab allies against Iran and the deployment of warships and bombers to the region.

They "will travel from May 27 to May 31 to Rabat, Amman, and Jerusalem," said a White House official, speaking on condition of anonymity.

The Trump administration is expected to unveil the plan -- after numerous failures by its predecessors -- possibly as early as next month, but the Palestinians have already rejected it as heavily biased in favor of Israel.

Washington has yet to commit to an exact timetable with respect to the political aspects of the plan.

Kushner is the chief architect of the proposals and Greenblatt, a longtime Trump lawyer, has served as his right-hand man on the Middle East initiative.

Upon his arrival in the White House more than two years ago, Trump proclaimed his ambition to secure a final accord ending the Israeli-Palestinian conflict.

But the odds of his succeeding where every previous US president -- Republicans as well as Democrats -- have failed appear particularly low.

Palestinians have boycotted the process since Trump recognized Jerusalem as the capital of Israel in December 2017.

The U.S. is expected to roll out the economic aspects of the peace plan at a conference in Bahrain June 25-26.

Co-hosts U.S. and Bahrain have billed it as "a pivotal opportunity ... to share ideas, discuss strategies and galvanize support for potential economic investments and initiatives that could be made possible by a peace agreement."

But Palestinian political leaders say they will boycott it and, on Tuesday, Palestinian business leaders said they won't go either, raising further questions about the plan's viability.

"Any economic project without a political solution is selling an illusion," said Arafat Asfour, chairman of the Palestine Trade Center.

Among those declining an invitation was Bashar al-Masri, a high profile Palestinian businessman who worked with international partners and in cooperation with the Israelis to invest $1.4 billion in the new Palestinian town of Rawabi.

Kushner, who will join up with Trump in London after going to the Middle East, has been evasive about the U.S. plan, which has been shrouded in secrecy.

While promising new ideas to revive a moribund peace process, he has refused to talk about a two-state solution, the formula that has long been at the heart of international efforts to achieve peace and also the official U.S. position.

Instead, he has looked to an alliance with the Saudis against Iran as a way to gain Arab support for his plan.

Arms sales to the kingdom were frozen after the assassination of Saudi dissident Jamal Khashoggi in October and in response to mounting concerns over the human toll of a Saudi-led armed campaign in Yemen.

But the administration defended the sales as necessary "to deter Iranian aggression and build partner self-defense capacity."