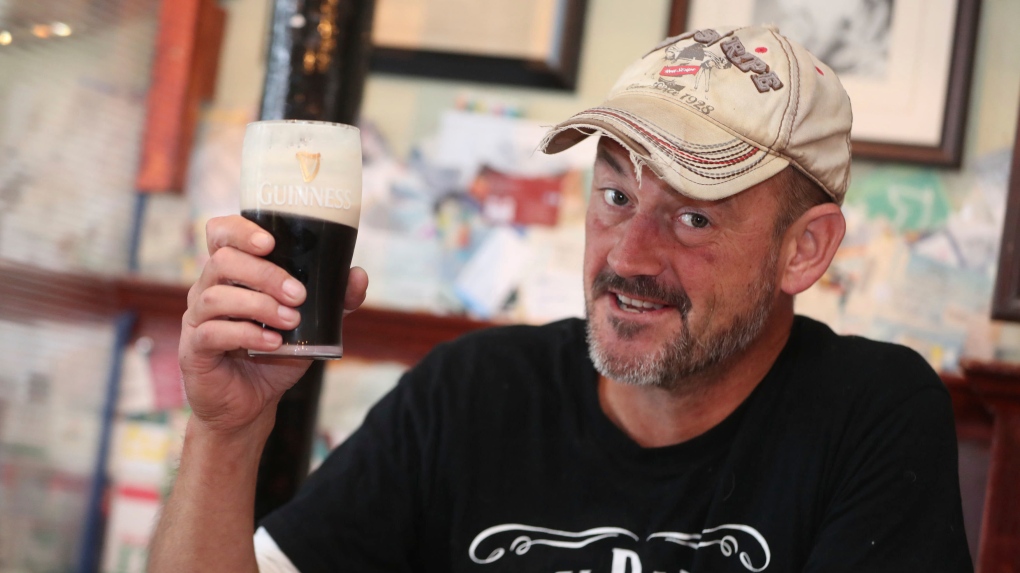 NEWS -- Life became ever so slightly more normal in Ireland on Monday as pints were pulled and locked-down hair was trimmed for the first time since the middle of March.

And for the first time since March 13, the Blarney Stone was kissed - a hugely important moment for anyone looking to get the gift of the gab.

As the country embarked on the next stage of the government's easing of coronavirus restrictions, bars that serve food were able to welcome back customers - pubs not selling food can reopen on July 20. Hairdressers, gyms, pools and cinemas have also been allowed to open, while small congregations can attend church services again.

Mass gatherings, including weddings, of 50 people indoors and 200 people outdoors are now also allowed, while face coverings have become compulsory on public transport.

The Licensed Vintners Association said the reopening of pubs marked a “milestone moment in the recovery of the country.”

Customers have to book a table in advance and standing waiting at the bar is no longer allowed, with all custom now conducted by table service.

“With the public health situation improving, the reopening of pubs will be an indicator of Ireland's emergence from the lockdown,” LVA's chief executive Donall O'Keeffe said.

At Mary Mac's, a pub in south Dublin, regular Angus Fleming savored his first pint of Guinness back at his local.

“It's great, I've been looking forward to it for a few months,” he said. “It makes life a little bit more real.”

Ireland was one of the first European countries to enact strict lockdown provisions after the pandemic took root in Italy. By mid-March, it had banned mass gatherings, strictly limited social interactions and shut schools, universities and child day care centres.

The early action is widely credited for limiting deaths in Ireland. The country's coronavirus death toll stands at 1,735 and the total number of confirmed cases is just below 25,500.

The coronavirus laid siege to almost all aspects of everyday life in Ireland but perhaps the most symbolic in Ireland was the halting of the tradition of kissing the Blarney Stone, for the first time in almost 600 years.

On Monday, owner Charles Colthurst was the first person to kiss the famous block of limestone, marking the occasion by wearing the jersey of Liverpool Football Club, which last week won its first English league title in 30 years.

“There are some very difficult times ahead in the tourism industry but hopefully this is the start of our journey over the coming years to try and grow our visitor numbers back to similar levels before the COVID situation,” said Colthurst.

An array of health and safety measures have been put in place including the use of a cleanser that the owner of Blarney Castle says is approved by the World Health Organization and is said to kill 99.9% of the viruses, germs, bacteria that may be on the stone.

Other measures include limiting the number people coming on site, while the person holding someone kissing the stone will be wearing a protective face shield and gloves. The gloves will be changed or cleaned after each person.

Legend has it that one of Colthurst's 15th-century predecessors had a speech impediment and that the castle proprietor saved a witch drowning in the lake on castle grounds. The witch told him that he would receive the gift of eloquence if he kissed the stone.

A ritual was born, practiced and repeated without obstacle - until the virus came along.

'It didn't have to be this way': Biden slams Trump as COVID-19 cases rise

Beijing approves experimental COVID-19 vaccine for use in Chinese military

'It doesn't make any sense': Quebec just relaxed its COVID-19 rules for dentists, alarming some

Outdoor gathering limit doubled in Alberta from 100 to 200 people