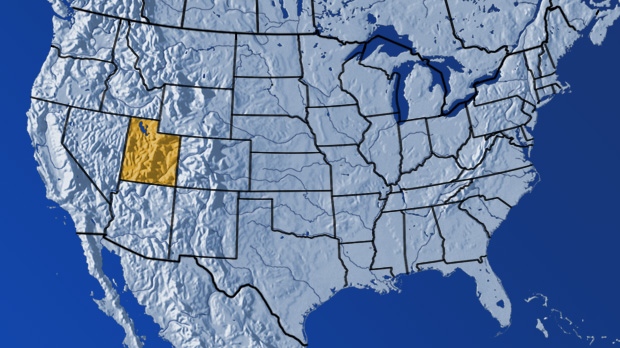 SALT LAKE CITY -- A Utah contracting company frequently used kids from a polygamous group as unpaid workers on a pecan farm during school hours, according to federal labour lawyers pushing back against the company's contention that the hours were legal because the kids were home-schooled.

The U.S. Labor Department attorneys argue in new court documents that children worked long days harvesting nuts for years, and also did pruning, trimming and watering of the trees and cleaning of the fields.

The agency wants a judge to order Paragon Contractors to pay back wages and stop the practices described by alleged former child workers and captured by news cameras during a harvest in 2012. A hearing in the case is set for Jan. 25.

Paragon denies doing anything wrong. They say that the harvest manager invited families from the group led by Warren Jeffs to gather nuts left on the ground after the mechanized harvest was done and keep half of what they gathered for their own use.

They have said the work wasn't forced, and the women and children were not employees.

Farm work is generally exempt from child labour laws in Utah as long as it's done outside of school hours, and Paragon says the 2012 pecan harvest can't be considered a school day because children in the group are homeschooled and minors who worked on the farm were with their parents.

Federal attorneys disagree. In court documents filed Tuesday, they say that under the law, it doesn't matter whether the children were taught at home, they still shouldn't have been working during public school hours.

Pointing to sworn statements from adults who say they worked on the farm when they were children, the government says children as young as 6 years old worked on the ranch for long hours, got sick from crawling over the damp ground and were sent to work with the nuts even if were allergic

Federal lawyers say the company violated a 2007 order involving underage labour and should be held in contempt for failing to pay 1,400 workers -- including 175 children-- who worked at the direction of church leaders who told parents to take days off from homeschooling during the 2012 harvest.

Paragon and several members of the polygamous group have already been fined a total of $1.9 million after a labour investigation found that sect leaders directed the harvest that took place in Hurricane, about 300 miles south of Salt Lake City.

Authorities say those leaders are loyal to Warren Jeffs, who is serving a life prison sentence in Texas after being convicted in 2011 of sexually assaulting underage girls he considered brides. Members of his sect, a radical offshoot of mainstream Mormonism, believe polygamy brings exaltation in heaven.

Polygamy is a legacy of the early teachings of The Church of Jesus Christ of Latter-day Saints. However, the mainstream church and its 15 million members worldwide abandoned the practice more than a century ago.