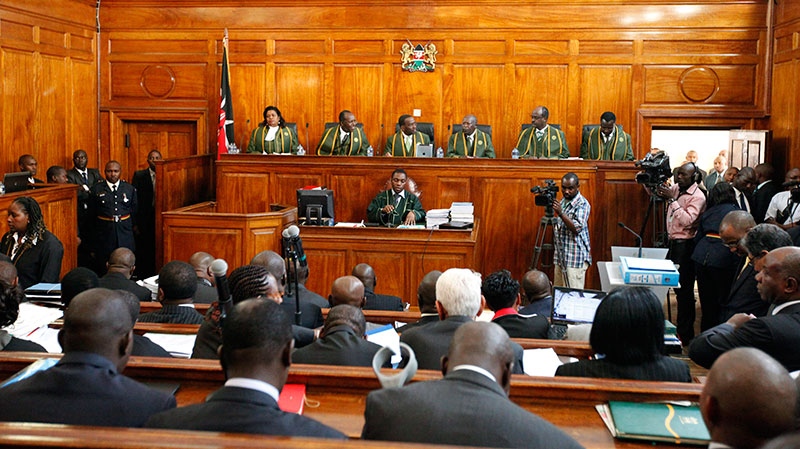 NAIROBI, Kenya -- Kenya's Supreme Court on Monday ordered a recount of votes in some constituencies in the country's March 4 presidential election.

The court heard arguments from civil society groups and the legal team of Prime Minister Raila Odinga over what they charge were failures by the election commission to conduct a free and fair election.

The court will decide Tuesday where and how the recount of votes will be done. The petitioners and the respondents are to elect 10 people each to act as observers.

Kenya's electoral commission has been accused of lack of transparency by the opposition.

The court ordered the recount of votes in 22 of the country's 291 constituencies to see if any of the tallies exceed the number of registered voters, one of the complaints from Odinga's team. The court also ordered scrutiny of the 33,400 forms which were used to record election results.

More than 12 million Kenyans on March 4 voted in the country's first presidential election since a 2007 vote sparked weeks of tribal violence that killed more than 1,000 people. Kenyan officials have pleaded with the public to not react to this year's election with violence. So far only minor instances of election-related violence have been reported.

The election commission named Uhuru Kenyatta the winner of the election with 50.07 per cent of the vote. Odinga has asked the court for a new vote to be held, citing numerous failures in the vote counting and voter verification systems.

The day after the vote, early electronic returns were broadcast on nearly every Kenyan TV station. Then, sometime around midday on March 5, the counts suddenly stopped, a problem the IEBC blamed on a crash of the computer servers.

"The server was set up to fail and there was no intention to use the electronic data transfer," Oduol said when one of the judges asked him what he intended to show the court by gaining access to the logs.

Nani Mungai, the Independent Electoral and Boundaries Commission lawyer, said Odinga's lawyer had "woven a conspiracy theory" around the issue of the failure of the electronic registration and data transfer systems. Mungai asked the court to dismiss the request by Odinga's team.

One theory being put forth by Odinga's team is that the stoppage of the early return count allowed Kenyatta backers to change returns on the manual tallying sheets being transported back to Nairobi. Those changes would ensure that Kenyatta would clear the 50 per cent threshold needed for an outright win, alleged George Nyongesa, the chief executive of a pro-Odinga group known as FORA.

The Odinga team is asking the court to order a new vote that would allow all eight presidential candidates to again contest the presidency. Kenya's constitution says the court must rule by Saturday.

Kenya had put high hopes that the electronic registration and identification of voters would eliminate allegations of rigging that sparked off protest in 2007 which degenerated into tribe versus tribe violence in which more than 1000 people died and 600,000 were evicted from their homes.

A 2008 government report examining the 2007 electoral process found that vote counts were changed by extensive perversion of polling, probably by ballot-stuffing, organized impersonation of absent voters, vote buying and/or bribery.

A further contributor and facilitator for manipulation at polling stations is the disturbing feature that in many instances (in the strongholds of both main political parties) effectively only the majority party was represented during polling and counting, said the report by the Independent Review Commission on the Dec 27, 2007 general elections.

The report said the system of tallying, recording, transcribing, transmitting and announcing results was conceptually defective and poorly executed.

The electoral commission had long since been aware of the need to revise the system fundamentally by introducing readily available information and communications technology, said the review commission. The commission failed to put in place such a system, concluded the report: "This contributed to the climate of tension, suspicion and rumour which fanned the violence."