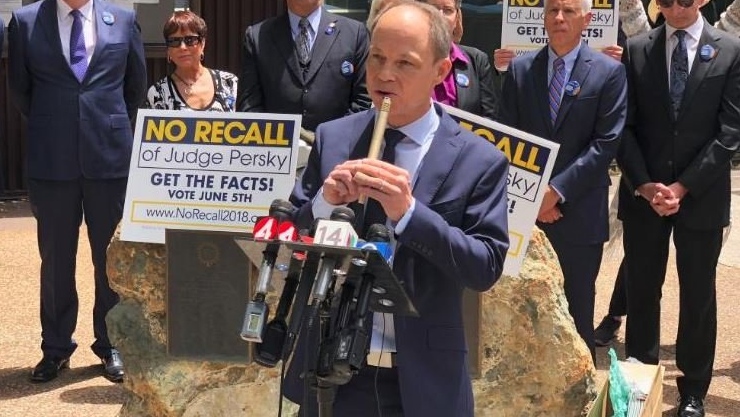 Judge Aaron Persky takes to the microphone to defend his seat on the bench. (CNN)

In a statement on Tuesday, the school district said that Persky had applied for the open coaching position over the summer and successfully completed all of the district's hiring requirements, including a fingerprint background check.

"He was a qualified applicant for the position, having attended several tennis coaching clinics for youth and holds a high rating from the United States Tennis Association," the statement said.

Just one day later, the school district announced that his employment as a tennis coach at Lynbrook High School has ended.

Persky is the California judge who sentenced Stanford University swimmer Brock Turner to six months in jail for sexually assaulting an unconscious 23-year-old woman behind a dumpster.

Prosecutors had asked for a six-year prison sentence. But Persky sided with a recommendation from the county probation department, which said "when compared to other crimes of similar nature" the Turner case "may be considered less serious due to (his) level of intoxication."

The controversial sentencing in 2016 led to Persky being recalled two years later. It was the first time since 1932 that a sitting judge was recalled.