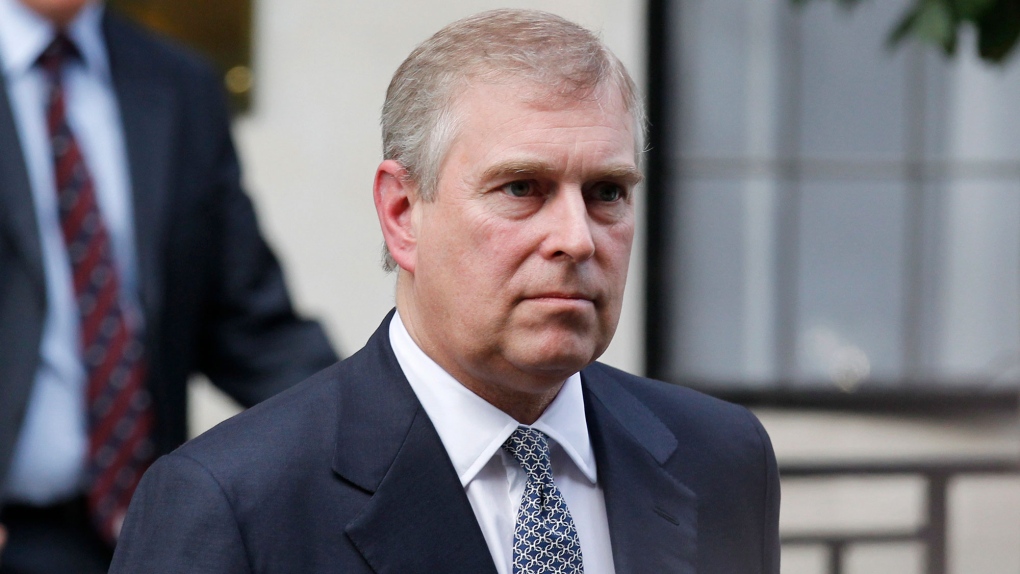 Prince Andrew has denied claims he had sex with a 17-year-old girl procured by disgraced financier Jeffrey Epstein. (FILE)

NEW YORK -- Prince Andrew can request the unsealing of a 2009 settlement agreement that his lawyer claims protects him from a lawsuit alleging he sexually assaulted a girl two decades ago, a U.S. judge said Thursday.

Judge Loretta A. Preska in Manhattan said in a written order that the prince can seek the information to support arguments that the agreement between Virginia Giuffre and the late financier Jeffrey Epstein disallow her lawsuit against the prince.

Epstein, 66, was found dead in his cell at a Manhattan federal jail in August 2019 while he awaited a sex trafficking trial. The death was ruled a suicide.

On Monday, attorney Andrew Brettler, representing the prince, told a Manhattan federal judge that he believes the settlement agreement "absolves our client from any and all liability."

Brettler spoke at the first court hearing to result from the August lawsuit, in which Giuffre alleged that Andrew abused her on multiple occasions in 2001 when she was under 18. Andrew has said the abuse never happened.

Brettler had no immediate comment in response to an email Thursday.

The lawyers noted that Brettler planned to raise a defense based on the 2009 settlement between Giuffre and Epstein of a Florida state case to which Andrew was not a party.

Preska has presided over requests to unseal large portions of court filings related to a lawsuit Giuffre brought against Epstein associate Ghislaine Maxwell in 2015. The defamation lawsuit, which alleged Maxwell subjected Giuffre to "public ridicule, contempt and disgrace" by calling her a liar, was settled and the case dismissed in May 2017.

The judge referenced the prince in an order rejecting attorney Alan Dershowitz's attempt to unseal "a settlement agreement" that was designated confidential and sealed as part of records in the lawsuit Giuffre brought against Maxwell.

"To the Court's knowledge, Mr. Dershowitz has not been commissioned as a roving ethics monitor," Preska wrote.

"The Court notes, however, that parties who have standing ... and perhaps Prince Andrew, who has not been heard from ... may seek to lift the protective order for valid reasons," she added.

A lawyer for Dershowitz did not immediately return a message seeking comment Thursday.

Giuffre's lawyers said the prince was "working with" Dershowitz to get a copy of the settlement papers unsealed "so he can share it with Prince Andrew."

Maxwell, 59, is awaiting a November trial on sex trafficking charges that allege she procured girls for Epstein to sexually abuse for at least a decade beginning in 1994. She has pleaded not guilty.

The Associated Press does not typically identify people who say they are victims of sexual assault unless they choose to come forward publicly, as Giuffre has.