Journalist killed in northern Mexico, 14th to die this year

Journalist killed in northern Mexico, 14th to die this year 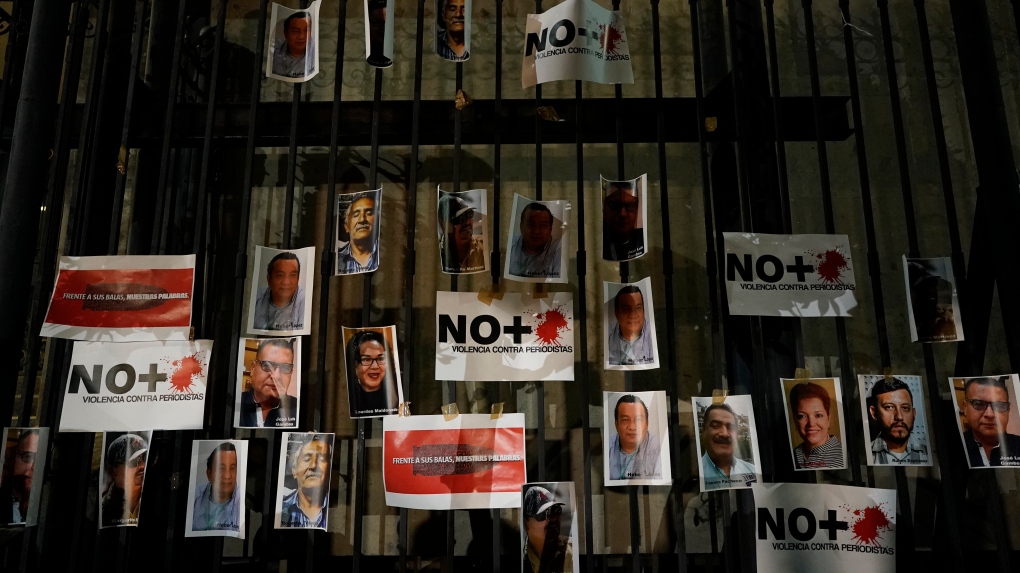 Photos of slain journalists are posted on the gate of Mexico's Attorney General's office during a vigil to protest the murder of journalist Heber Lopez, in Mexico City, Monday, Feb. 14, 2022. (AP Photo/Eduardo Verdugo)
MEXICO CITY -

An independent journalist found dead in northern Mexico was killed by a blow to the head, authorities said Tuesday, reporting the latest in 14 slayings of Mexican reporters and media workers so far this year, the deadliest in recent memory for the profession.

Prosecutors in the border state of Sonora announced earlier that the body of Juan Arjon Lopez had been found in the border city of San Luis Rio Colorado. They said the journalist, who had been reported missing Aug. 9, was identified from the tattoos on his body.

According to the autopsy, Lopez died from "head trauma due to a blunt blow," the state Public Ministry said in a statement.

The state's chief prosecutor, Claudia Contreras, said investigators would seek to determine if the killing was related to Lopez's work as a journalist.

San Luis is across the border from Yuma, Arizona, and has long been known for medical and dentistry offices catering to Americans. But the area has been hit by drug cartel violence in recent years.

In March, volunteer searchers found 11 bodies in clandestine burial pits in a stretch of desert near a garbage dump in San Luis.

At the beginning of August, a journalist was among four people killed inside a beer shop in the central Mexico state of Guanajuato.

Authorities said it was unknown whether that attack was related to the journalist's work, his role as representative of local businesses in the planning of an upcoming fair or something else.

Mexico is considered the most dangerous country for reporters outside a war zone.