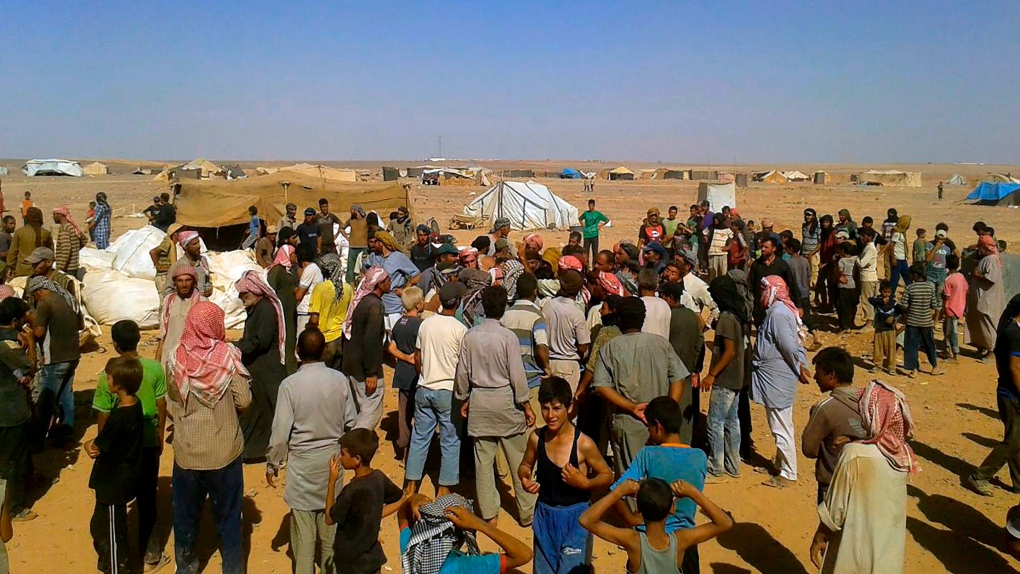 The Jordanian military said Thursday that troops have killed 27 suspected smugglers attempting to enter the country from neighbouring Syria.

The report on the army's website said that it had thwarted several suspected attempts to smuggle drugs into Jordan from Syria, and that large quantities of narcotics were seized in separate interventions that also left several people wounded.

The military said that it was “continuing to apply the newly established rules of engagement and will strike with an iron fist and deal with force and firmness with any infiltration or smuggling attempts to protect the borders.”

Earlier this month the military said an army officer was killed in a shootout with smugglers along the long porous border it shares with Syria.

Jordan is home to more than 650,000 Syrian refugees who fled the civil war that has raged there for more than a decade.

An illegal drug industry has flourished in Syria after 10 years of civil war. In recent years, the Arab Mediterranean country has emerged as a hot spot for making and selling captagon, an illegal amphetamine. Both Syria and neighboring Lebanon have become gateways for the drug to the Middle East, and particularly the Gulf.

The UN Office of Drugs and Crime said in a 2014 report that the amphetamine market is on the rise in the Middle East, with busts mostly in Saudi Arabia, Jordan and Syria accounting for more than 55 percent of amphetamines seized worldwide.

Hundreds of Ukrainian fighters, including wounded men carried out on stretchers, left the vast steel plant in Mariupol where they mounted a dogged last stand and turned themselves over to Russian hands, signalling the beginning of the end of a siege that became a symbol of Ukraine's resistance to Moscow's invasion.

Toronto Maple Leafs winger Mitch Marner was the victim of an armed carjacking outside a movie theatre in Toronto on Monday night, multiple sources confirm to CP24.

Queen Elizabeth II made a surprise visit Tuesday to a train station in central London to see a newly completed subway line named in her honour. The 96-year-old monarch, who has reduced most of her public engagements, appeared Tuesday at Paddington Station.

Prince Charles and his wife, Camilla, are in Newfoundland and Labrador's capital today to begin a three-day Canadian tour focused on Indigenous reconciliation and climate change.

Twitch, a live-streaming giant, comes under scrutiny after Buffalo shooting

Twitch, the livestreaming giant popular among video gamers, has been thrust into the national spotlight after the suspect in the Buffalo grocery store mass shooting tried to broadcast the attack on the platform.

Next steps for Finland, Sweden on NATO membership

Finland and Sweden have signalled their intention to join NATO over Russia's war in Ukraine and things will move fast once they formally apply for membership in the world's biggest security alliance.

Canadian Blood Services has issued an immediate call for donors in light of a recent lull in attendance and rising cancellations.