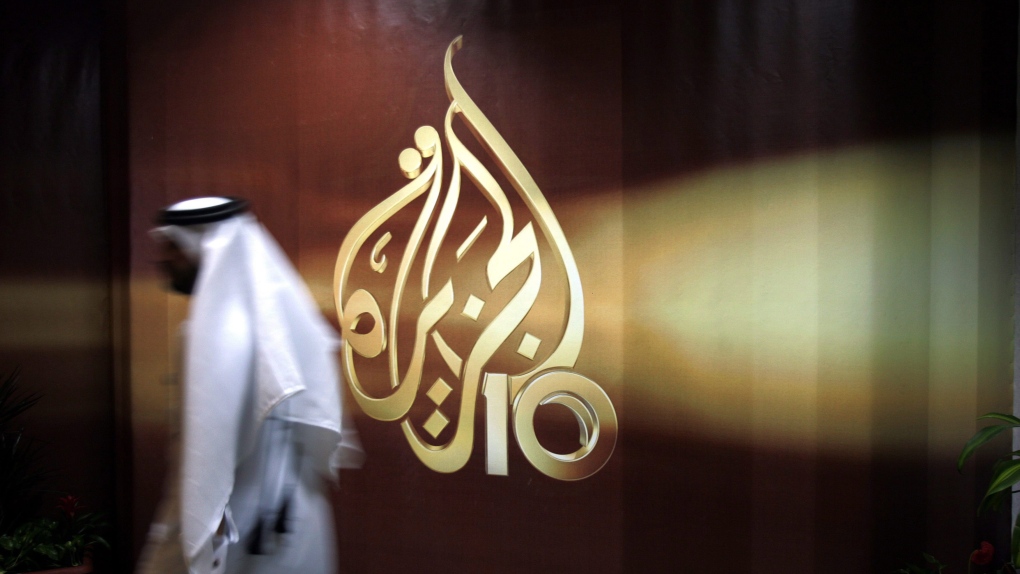 JERUSALEM -- Israel said Sunday it plans to ban Qatar's flagship Al-Jazeera news network from operating in the country over allegations it incites violence, joining Arab nations that have shut down the broadcaster amid a separate political dispute.

Communications Minister Ayoob Kara said he plans to revoke the press credentials of Al-Jazeera journalists, effectively preventing them from working in Israel.

Kara said he has asked cable and satellite networks to block Al Jazeera transmissions and is seeking legislation to ban them altogether.

The minister, a member of Prime Minister Benjamin Netanyahu's Likud Party, gave no timetable for such measures.

Doha-based Al-Jazeera did not immediately respond to a request for comment. Its Arab and English channels reported the news.

Walid al-Omari, the broadcaster's bureau chief in Jerusalem, said on air that his office has not been informed by Israeli officials of any possible measures the government might take.

Al-Jazeera, a pan-Arab satellite network funded by the Qatari government, already has been targeted by Arab nations now isolating Qatar as part of a months-long political dispute over Doha's politics and alleged support for extremists.

Jordan and Saudi Arabia have recently closed Al-Jazeera's local offices, while the channel and its affiliate sites have been blocked in Saudi Arabia, United Arab Emirates, Egypt and Bahrain.

Nitzan Chen, director of the Government Press Office, said press credentials are not issued if security officials deem the cards would be "liable to endanger the security of the state." He said "Therefore, I have contacted the security echelon and have requested a professional opinion regarding the Al-Jazeera network."

A decision will be made after receiving that opinion, he said.

"Censoring Al-Jazeera or closing its offices will not bring stability to the region, but it would put Israel firmly in the camp of some of the region's worst enemies of press freedom," said Sherif Mansour, the committee's Middle East and North Africa program co-ordinator. "Israel should abandon these undemocratic plans and allow Al-Jazeera and all journalists to report freely from the country and areas it occupies."

Al-Jazeera was the first Arab satellite news channel to offer a range of views outside of heavily censored state media across the region and extensively covered the 2011 Arab Spring. It also was the first Arab-owned news outlet to host Israeli officials and commentators, which some analysts note coincided with Qatar's ties with Israel at the time.