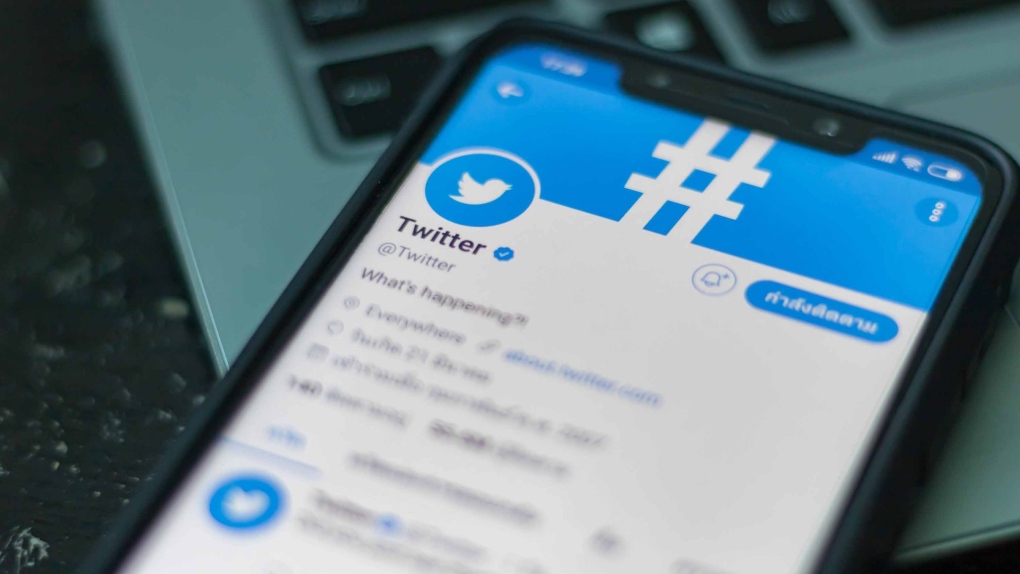 The anti-Semitic hashtag 'JewishPrivilege' was trending on Twitter Monday after Jewish people took it over to share their experiences of discrimination. (Shutterstock)

TORONTO -- The anti-Semitic hashtag 'JewishPrivilege' was trending on Twitter Monday after Jewish people took it over to share their experiences of discrimination, with one expert saying such hatred is still 'alive and well' in Canada today.

According to Jewish News, the trend first started Sunday night when Israeli writer and activist Hen Mazzig shared his family's experience with anti-Semitism after others used the hashtag to accuse Jewish people of being "privileged."

"#JewishPrivilege is when my grandparents were violently forced out of Iraq and Tunisia for being Jewish with only the clothes to their back. Along with 850,000 other MENA [Middle East and North Africa] Jews they arrived to Israel with nothing, only spoke Arabic, and lived in a tent/tin shack for years," Mazzig tweeted.

"I want all my Jewish followers to share the 'Jewish Privilege' them and their families experienced."

Noah Shack, vice president of the Centre for Israel and Jewish Affairs (CIJA), told CTVNews.ca that #JewishPrivilege has, for years, existed as an anti-Semitic hashtag used primarily by conspiracy theorists.

"A lot of these tropes are well known about Jews controlling media and government, and the economy and unfortunately, a lot of these conspiracy theories have ended in the past with violence," Shack told CTVNews.ca in a phone interview on Monday.

"We're seeing a lot of traction on the hashtag now because Jewish people have sort of taken it over to discuss those experiences of persecution that have come about as a result of anti-Semitism, not just as something in the past but of course something that's very much alive and well today."

After Mazzig's tweet, many others joined in on the conversation including stand-up comedian Sarah Silverman who said she experienced other children "throwing pennies at me on the bus" and had "pastors in Florida calling for my death and telling their congregation that knocking my teeth out and killing me would be God’s work."

Comedian David Baddiel tweeted that "Jews don't always feel white, if by white you mean, to put it bluntly, safe." Baddiel explained that he was just 12-years-old when he overheard a new teacher call him a 'Jew' and others agreed. He added that "this is without getting into most of my mum’s family being murdered."

Dov Hikind, founder of the campaigning organization Americans Against Antisemitism, also used the hashtag to tweet: "I had the #JewishPrivilege of growing up without grandparents, aunts, uncles, and cousins because my parents’ friends were nearly entirely wiped out by Hitler."

The hashtag has been used more than 100,000 times on Twitter as of Monday afternoon, trending in the U.S., Israel, the U.K. and Canada.

Shack said anti-Semitism is "not just a relic of the past" and that countries such as Canada, the U.S. and the U.K. are seeing a rise in discrimination against Jewish people.

"I am enjoying a life in Canada today, because a couple of generations ago somebody had the good fortune to be able to flee murderous persecution," Shack explained. "Despite the fact that we live in such a wonderful open diverse and vibrant democracy here in Canada, I can't help but worry whether or not my children will be the next generation that's forced to flee."

While Jewish people are using the hashtag to bring awareness to discrimination, a number of organizations expressed concerns online that hashtag is drawing attention to those tweeting anti-Semitic comments.

Danny Stone, the CEO of the Antisemitism Policy Trust, tweeted "That #JewishPrivilege is trending makes me feel sick. It may not be a hate term but Twitter should know what this does to communities."

The Campaign Against Antisemitism (CAAS) also criticized Twitter for not taking action to curb anti-Semitism on the platform, claiming that the social media site has a "long record of enabling racism against Jews."

"The idea that Jews are a 'privileged' group is a slur designed to deny that antisemitism exists and to imply that Jews are a cause of racism towards other minorities," the CAAS tweeted.

However, Shack said the attention the hashtag is getting is a "good thing" as it will amplify Jewish voices and "drown out those of the anti-Semites."

"It's important that people take note that this isn't something that just gets swept under the rug and that Canadians, Jews and non-Jews alike stand together and call it out and make it absolutely clear that this kind of hate [and] discrimination has no place in Canada," Shack said.

"Whether it's directed towards Jewish people, or any other people, it's just not what we're about here."