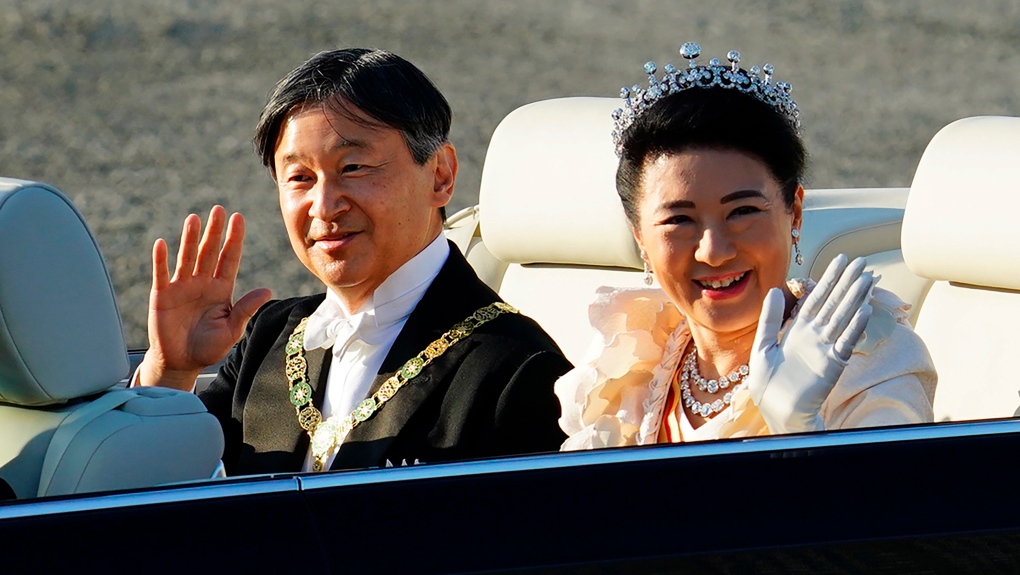 TOKYO -- Japanese Emperor Naruhito, marking his 60th birthday, offered his sympathy to those affected by the new virus that emerged in China and said he hopes to see the outbreak contained soon.

Sunday's birthday is a special one for Naruhito, his first since becoming emperor. Sixty is considered a landmark age in the Japanese zodiac calendar.

Festivities surrounding the emperor's birthday, however, have been toned down amid concerns about the virus.

Japan has confirmed more than 750 cases, including 634 from the Diamond Princess cruise ship, which was docked and quarantined in Yokohama, near Tokyo.

Birthday celebration plans had called for Naruhito to wave from the palace balcony to tens of thousands of well-wishers, but they were cancelled as a precautionary anti-infection measure.

"As we face concerns about the spread of the coronavirus, I offer my sympathy to the patients and their families," Naruhito told reporters at a new conference held ahead of his birthday. "I hope that the escalation of the infections will be contained as soon as possible."

While global attention was on the cruise ship, the virus has already made its way into Japan and is gradually spreading in the country, from Okinawa in the south to Hokkaido in the north.

Experts say the infection in Japan is in the early stages of acceleration, prompting the government to prepare for a further spread of the virus.

A series of events, including concerts, athletic events and festivals, have been cancelled, with some people starting to question whether Japan can host this summer's Tokyo Olympics as planned.

Naruhito, citing his fond memories of Tokyo's first Olympics, which he saw at age 4, said he hopes to see this summer's games carried out successfully.

"For me, the (1964) Tokyo Olympics was my first encounter with the rest of the world," Naruhito said.

As a young prince, he watched the closing ceremony with his parents. He said watching athletes of all nationalities march together made a strong impression on him.

"The scene I was able to see, I believe, became a foundation of my lasting commitment and prayer for world peace," he said.

Naruhito and his wife, Masako, who is recovering from a stress-induced mental condition, have an 18-year-old daughter, Princess Aiko, who is graduating from high school and will study Japanese literature at Gakushuin University -- also Naruhito's alma mater, where he majored in history. Aiko is not eligible to inherit her father's throne under Japan's male-only succession rule, though there is a growing call to allow her to be an empress amid a declining royal population and shortage of male successors.