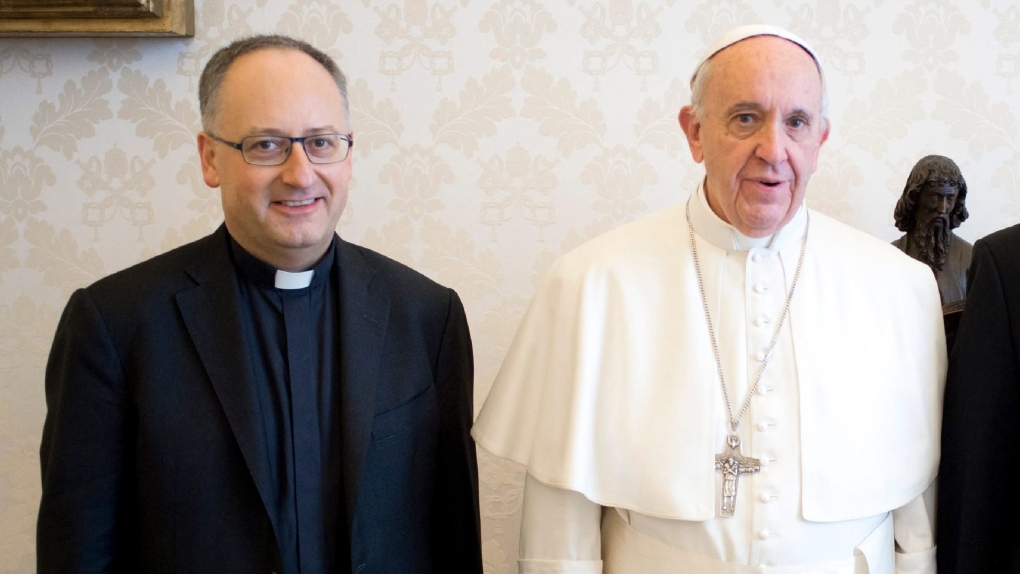 ROME -- A close adviser to Pope Francis criticized legislation proposed by Italy's anti-migrant League party to require ports and other public institutions to display a crucifix, saying Wednesday that the religious symbol isn't "a team emblem" to be shown for political ends.

"If you remove the (religious) symbolism from the crucifix ... it becomes a parody," the Rev. Antonio Spadaro, editor of the Jesuit magazine Civilta Cattolica, said during a Rome conference on the Pope.

A tweet Spardaro posted earlier in the day with a blunt "Hands off!" went viral. The crucifix, he wrote, "screams love to the enemy and unconditional welcome."

It was an apparent critique of the hard line Italy's current populist government has taken on immigration. The interior minister in the coalition government leads the right-wing League and has kept migrant rescue ships from docking in Italy.

The pending bill would require a crucifix to be displayed in all public spaces and institutions, including ports and universities. As now written, it allows violators to be fined up to 1,000 euros ($1,170.)

Although some Italian decrees technically require displaying the cross in public schools, not all schools abide by them. The issue has come before the European Court of Justice, which ruled in 2011 in favour of Italy's display policy.

The crucifix debate marked the latest dust-up over migration that has riled up the Catholic Church in Italy.

Weekly magazine Famiglia Cristiana published an issue Wednesday with a photo of Interior Minister Matteo Salvini on the cover and the warning "Retreat, Salvini" in Latin.

Italy's Catholic leaders have largely taken to heart Francis' appeal for governments to accept as many migrants as possible. The magazine cover as well as Spadaro's comment reflected their growing unease with the government's position.

Salvini said the magazine cover was in bad taste.

"I'm the last among good Christians, but I don't think I deserve this," the ANSA news agency quoted him as saying.

Italy isn't alone in dealing with the crucifix issue, which has flared anew as large numbers of refugees and migrants from countries that are not predominantly Christian seek asylum in Europe.

A similar debate broke out in May, when the German state of Bavaria passed a law ordering the display of the cross at the entrance of state buildings.

Munich Cardinal Reinhard Marx, head of the German bishops' conference, voiced opposition to the law, saying that considering the cross to be a cultural symbol reflected a misunderstanding of its meaning.