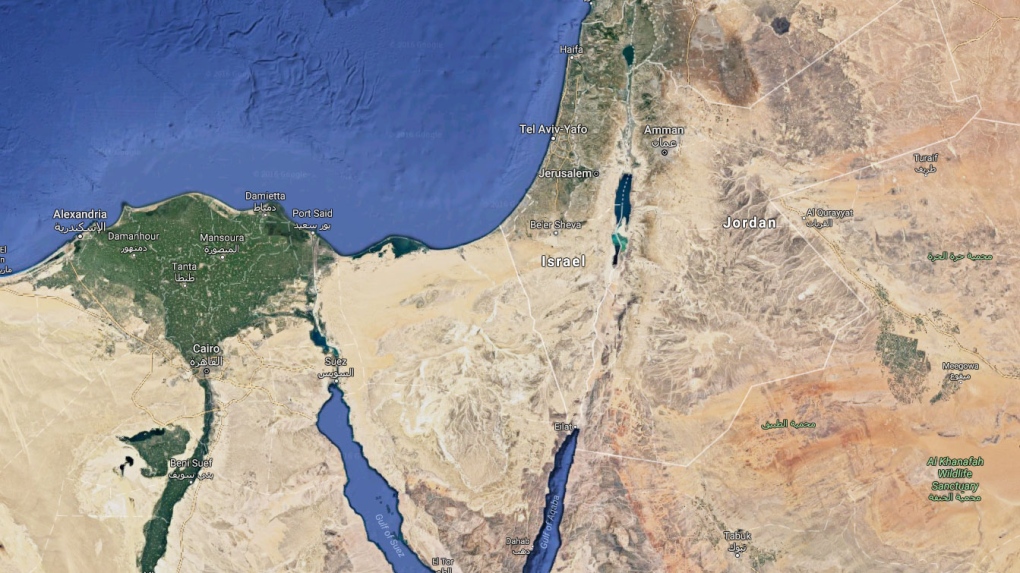 Israel's internal security service says it has arrested a senior employee of international charity World Vision who it says funneled millions of dollars the group's funds to Hamas.

JERUSALEM -- Israel's internal security agency said Thursday it has arrested a senior employee of the international aid group World Vision in the Gaza Strip, accusing him of siphoning millions of dollars of the charity's funds and transferring them to the Islamic militant group Hamas.

Mohammed el-Halabi established a "systematic and sophisticated mechanism" to divert up to $50 million over the years to the militant group, which rules Gaza, creating fictitious humanitarian projects and doctoring inflated receipts in order to get the funds to Hamas, said the Shin Bet.

World Vision, an international Christian aid group with headquarters in Washington State and the United Kingdom, works in nearly 100 countries. The organization said in a statement on its website that it was "shocked" by the allegations and said it has "no reason to believe" they are true but will "carefully review any evidence presented to us" and "take appropriate action based on that evidence".

Australia announced late Thursday it was suspending funding to the group until the investigation was complete.

"Any diversion of the generous support of the Australian and international community for military or terrorist purposes by Hamas is to be deplored," the Australian government said in a statement.

An Israeli Foreign Ministry official said that Kent Hill, a senior official with World Vision,, was holding meetings in Israel over the accusations. The Israeli official spoke on condition of anonymity because the meetings were private.

Hamas spokesman Hazem Qasem called the allegations "lies that may be part of the justification of the blockade imposed by the occupation on Gaza."

El-Halabi, who is in his late 30s and from Jebaliya in the Gaza Strip, was arrested in June as he was crossing from Israel into Gaza. The Shin Bet said he underwent Hamas military and organizational training in the early 2000s and was "planted" by the group at World Vision in 2005, where he climbed the ranks to become director of the Gaza branch.

"He began to conduct security operations for Hamas' military wing which was essentially exploiting the organization's funds for Hamas' fortification," the Shin Bet said.

To divert the funds, the Shin Bet said el-Halabi initiated fictitious projects meant to help farmers, the disabled and fishermen.

He would falsely list Hamas operatives as workers on those projects and write up inflated receipts, according to the Shin Bet. Companies hired to carry out certain projects under fictitious tenders were "made aware" that 60 per cent of the project's funds were destined for Hamas, the Shin Bet statement said, adding that some of World Vision's budget was used to pay the salaries of Hamas operatives.

The Shin Bet also said el-Halabi would transfer to Hamas materials such as steel, digging equipment and pipes that were meant for World Vision agricultural assistance. Thousands of packages with food and medical aid received monthly would allegedly be diverted to Hamas operatives and their families rather than reach Gazan civilians.

Beyond arms purchases and tunnel digging, the funds also helped build military bases, including one constructed in 2015 built entirely from British aid money, according to the Shin Bet.

The security agency also said that since his arrest, el-Halabi divulged intelligence about employees working for United Nations agencies and other aid groups who were also assisting Hamas, without elaborating.

A LinkedIn profile that appears to be el-Halabi's says he has worked at World Vision since January 2006 and has served as the Gaza zonal manager since July 2014. The profile says he previously worked at UNDP, the U.N.'s development agency.

World Vision noted in its statement that it subscribed to neutrality and that its Gaza programs "have been subject to regular internal and independent audits." The organization has been working among Israelis and Palestinians for more than 40 years, it said.

"Hamas stole this money and passed it to its military wing to build bases, provide salary bonuses and dig the tunnels of death that have brought destruction upon you and the Gaza Strip," Mordechai said. "Hamas is burying you and your hope of living a normal life."