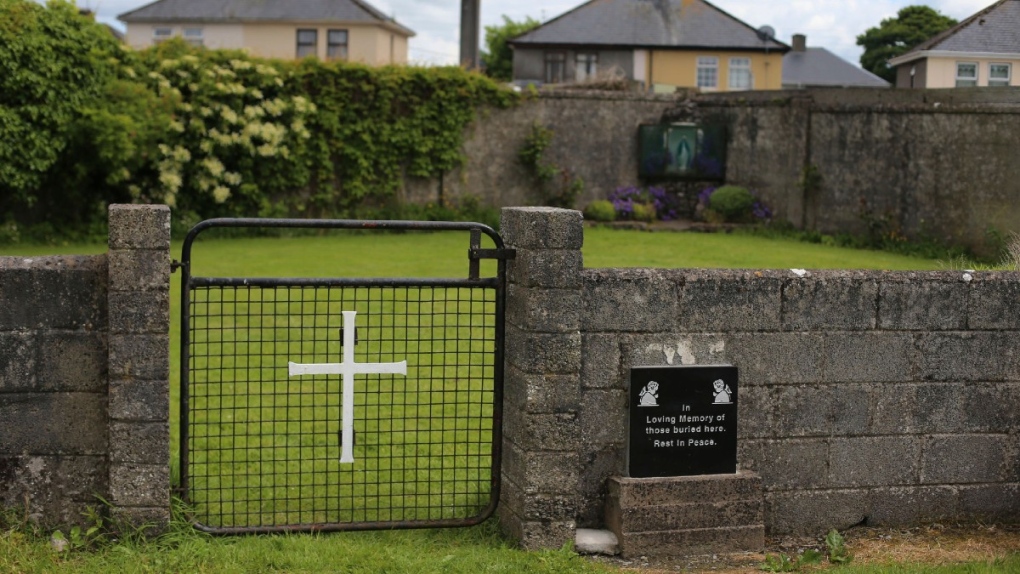 The site of a mass grave for children who died in the Tuam mother and baby home, in Tuam, County Galway, Ireland, seen on June 4, 2014. (Niall Carson / PA via AP, file)

LONDON -- Ireland's prime minister said Tuesday that the country must "face up to the full truth of our past," as a long-awaited report recounted decades of harm done by church-run homes for unmarried women and their babies, where thousands of infants died.

Micheal Martin said young women and their children had paid a heavy price for Ireland's "perverse religious morality" in past decades.

"We had a completely warped attitude to sexuality and intimacy. Young mothers and their sons and daughters paid a terrible price for that dysfunction," he said.

Martin said he would make a formal apology on behalf of the state in Ireland's parliament on Wednesday.

The final report of an inquiry into the mother-and-baby homes said that 9,000 children died in 18 different mother and baby homes during the 20th century. Fifteen per cent of all children born in the homes died, almost double the nationwide infant mortality rate.

The report said "the very high mortality rates were known to local and national authorities at the time and were recorded in official publications."

The inquiry is part of a process of reckoning in overwhelmingly Roman Catholic Ireland with a history of abuses in church-run institutions, including the shunning and shaming of unwed mothers, many of whom were pressured into giving up babies for adoption.

Church-run homes in Ireland housed orphans, unmarried pregnant women and their babies for most of the 20th century. The institutions have been subject to intense public scrutiny since historian in 2014 Catherine Corless tracked down death certificates for nearly 800 children who died at the former Bon Secours Mother and Baby Home in Tuam, County Galway in western Ireland -- but could only find a burial record for one child.

Investigators later found a mass grave containing remains of babies and young children in an underground sewage structure on the grounds of the home, which was run by an order of Catholic nuns and closed in 1961

The commission of inquiry said about 56,000 unmarried mothers and about 57,000 children had lived in the homes it investigated, with the greatest number of admissions in the 1960s and early 1970s.

The commission said that the women's lives "were blighted by pregnancy outside marriage, and the responses of the father of their child, their immediate families and the wider community.

"The vast majority of children in the institutions were `illegitimate' and, because of this, suffered discrimination for most of their lives," the report added.

The prime minister said the report "presents all of Irish society with profound questions."

"What has been described in this report wasn't imposed on us by any foreign power," he said. "We did this to ourselves, as a society. "