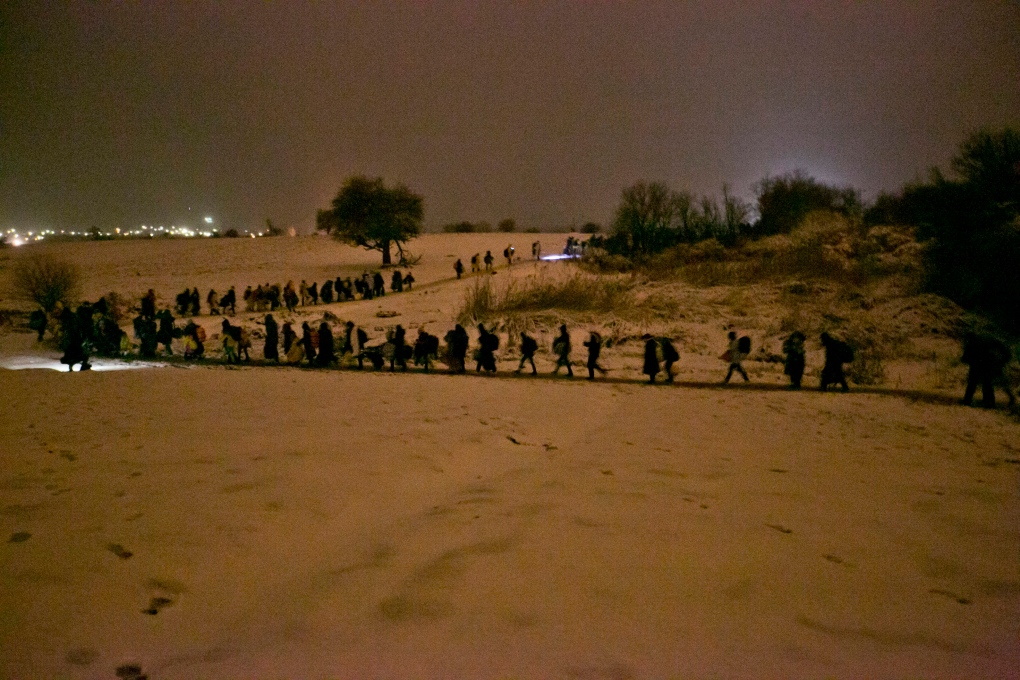 Migrants walk through snow storm from the Macedonian border into Serbia, near the village of Miratovac, Serbia, early morning on Sunday, Jan. 17, 2016. (AP/Visar Kryeziu)

BERLIN -- The head of the International Organization for Migration said Sunday that Europe must avoid viewing migrants as a "security threat" following the New Year's Eve assaults in Cologne and November's attacks in Paris.

Swing told The Associated Press that Merkel and Germans in general deserve "a lot of praise and credit" for taking in large numbers of refugees, "and I think one should not let the terrible incident that happened in Cologne mar what is a very good approach to the issue."

The events in Cologne -- a string of robberies and sexual assaults -- were blamed largely on foreigners, and some suspects are asylum seekers. The Paris attacks in November already had fueled anti-immigrant sentiment in Europe.

"We have to find a way, and I know Germany's really trying to do that now, how do we give the compelling argument to our people that, historically, migration has always been a very positive force in the lives of countries?" he said. Swing, a longtime U.S. diplomat, noted that "my own country was built on the backs of migrants, and with the talent and brains of migrants."

Last year, just over 1 million arrived. The asylum-seekers registered in Germany included large numbers of people from the Balkans.