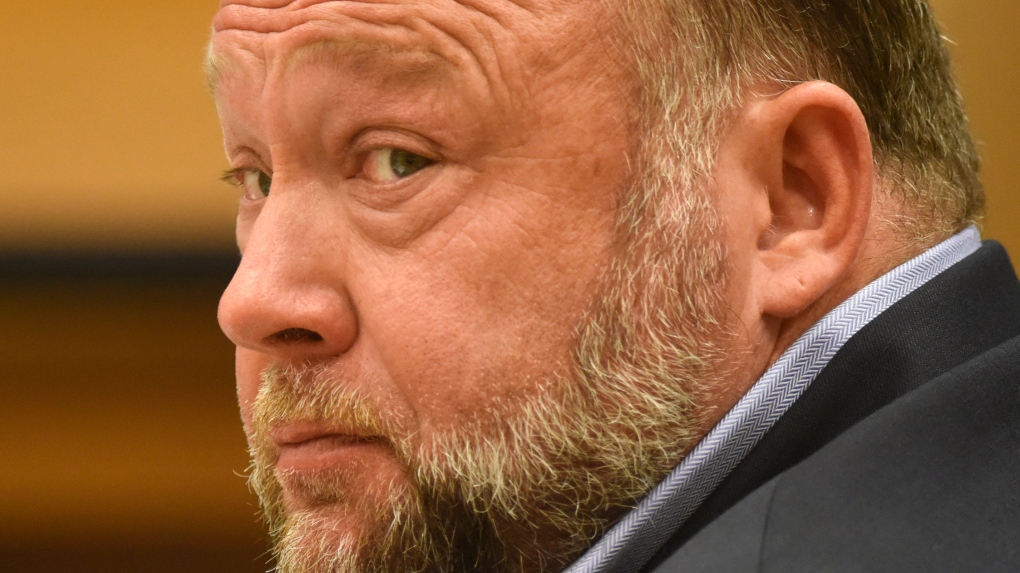 Infowars host Alex Jones filed for personal bankruptcy protection Friday in Texas, citing debts that include nearly US$1.5 billion he has been ordered to pay to families who sued him over his conspiracy theories about the Sandy Hook school massacre.

Jones filed for Chapter 11 bankruptcy protection in Houston. His filing listed US$1 billion to $10 billion in liabilities and US$1 million to $10 million in assets.

Jones acknowledged the filing on his Infowars broadcast, saying the case will prove that he's broke and asking viewers to shop on his website to help keep the show on the air.

Jones said he would not be commenting further on the bankruptcy.

For years, Jones described the 2012 massacre as a hoax. A Connecticut jury in October awarded victims' families $965 million in compensatory damages, and a judge later tacked on another US$473 million in punitive damages. Earlier in the year, a Texas jury awarded the parents of a child killed in the shooting US$49 million in damages.

The bankruptcy filing temporarily halted all proceedings in the Connecticut case. A judge was forced to cancel a hearing scheduled for Friday on the Sandy Hook families' request to secure the assets of Jones and his company to help pay the nearly US$1.4 billion in damages awarded there.

Chris Mattei, an attorney for the Sandy Hook families in the Connecticut case, criticized the bankruptcy filing.

"Like every other cowardly move Alex Jones has made, this bankruptcy will not work," Mattei said in a statement. "The bankruptcy system does not protect anyone who engages in intentional and egregious attacks on others, as Mr. Jones did. The American judicial system will hold Alex Jones accountable, and we will never stop working to enforce the jury's verdict."

An attorney representing Jones in the bankruptcy case did not immediately return a message seeking comment.

In the Texas and Connecticut cases, some relatives of the 20 children and six adults killed in the school shooting testified that they were threatened and harassed for years by people who believed the lies told on Jones' show. One parent testified that conspiracy theorists urinated on his 7-year-old son's grave and threatened to dig up the coffin.

Jones has laughed at the awards on his Infowars show, saying he has less than $2 million to his name and won't be able to pay such high amounts. Those comments contradicted the testimony of a forensic economist at the Texas trial, who said Jones and his company Free Speech Systems have a combined net worth as high as $270 million. Free Speech Systems is also seeking bankruptcy protection.

In documents filed in Free Speech Systems' bankruptcy case in Texas, a budget for the company for Oct. 29 to Nov. 25 estimated product sales would total $2.5 million, while operating expenses would be about $740,000. Jones' salary was listed at $20,000 every two weeks.