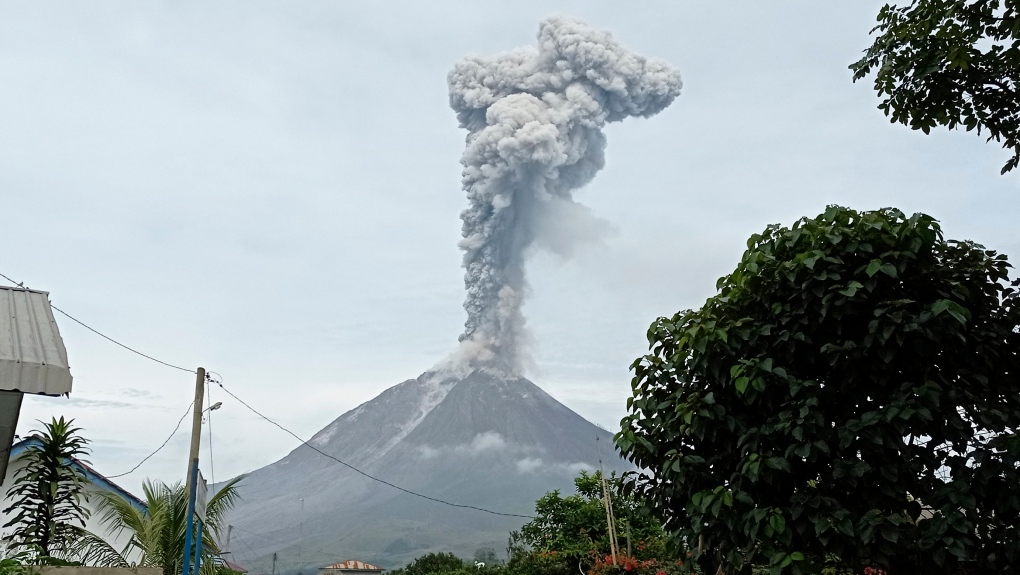 MEDAN, INDONESIA -- A rumbling volcano on Indonesia's Sumatra island has shot billowing columns of ash and hot clouds down its slopes.

The ash released by Mount Sinabung in North Sumatra province reached 15,000 feet (4,572 metres) into the atmosphere. There were no casualties from the Wednesday afternoon eruption.

The 8,530-foot (2,599-metre) mountain has been rumbling since last year and villagers were advised to stay away from the crater's mouth.

The volcano, one of two currently erupting in Indonesia, was dormant for four centuries before exploding in 2010, killing two people. About 30,000 people have been forced to leave their homes.