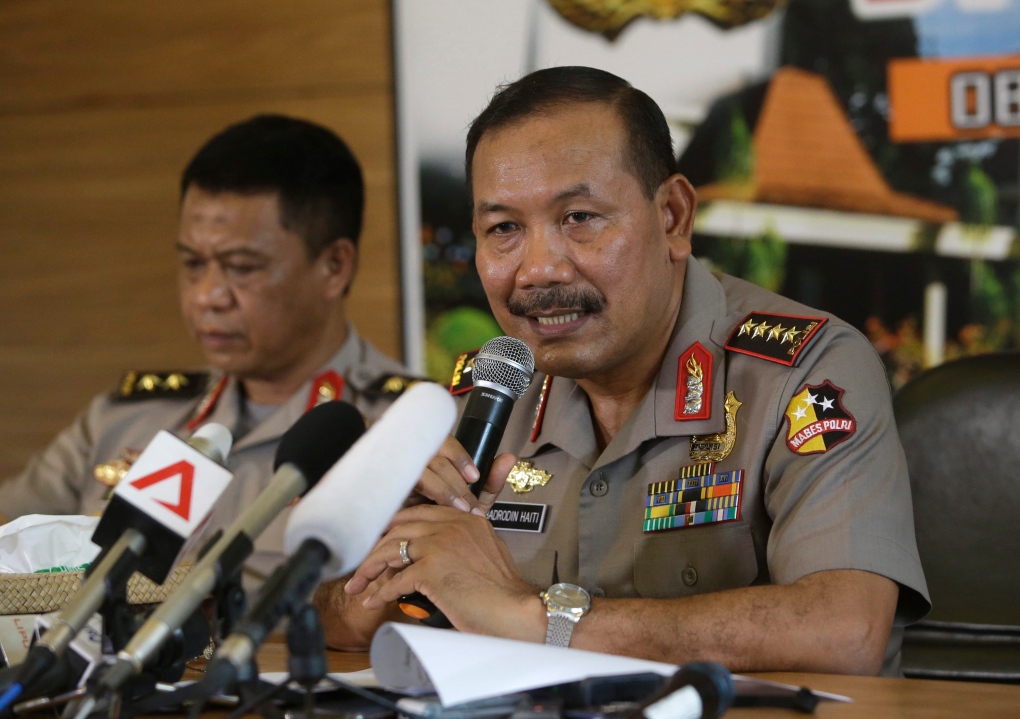 The audacious attacks by suicide bombers and gunmen on Thursday that targeted a Starbucks and traffic police post in bustling central Jakarta killed seven people, including two civilians. More than 20 people were injured.

It was the first major assault by militants in Indonesia since 2009 and police said the attackers were tied to the Islamic State group through Bahrun Naim, an Indonesian fighting with IS in Syria.

National police chief Gen. Badrodin Haiti told reporters that arrests were made in west and east Java and in Kalimantan.

Elaborating on an earlier claim that the militants received funding from Bahrun, he said police have determined money was transferred to Indonesia via Western Union.

"One of those arrested had received money transferred from ISIS," Badrodin said, using an acronym for the Islamic State group.

Separately, authorities say they have blocked more than a dozen websites expressing support for Thursday's attack as they try to counter radical Islamic ideology online.

In recent years, Indonesian counterterrorism forces successfully stamped out the extremist group Jemaah Islamiyah that was responsible for several attacks, including the 2002 bombings of bars in Bali which killed 202 people, as well as two hotel bombings in Jakarta in 2009 that killed seven people.

Terrorism experts say IS supporters in Indonesia are drawn from the remnants of Jemaah Islamiyah and other groups but are also trying to recruit new members.

Police on Saturday also released the names of all seven killed. Aside from the already identified Sunakin and Muhammad Ali, the attackers were Ahmad Muhazan Saron, who exploded a suicide bomb inside the Starbucks cafe, and Dian Joni Kurniadi. Police said they are still investigating the role of a fifth man known as Sugito. Their ages ranged from 25 to 43.