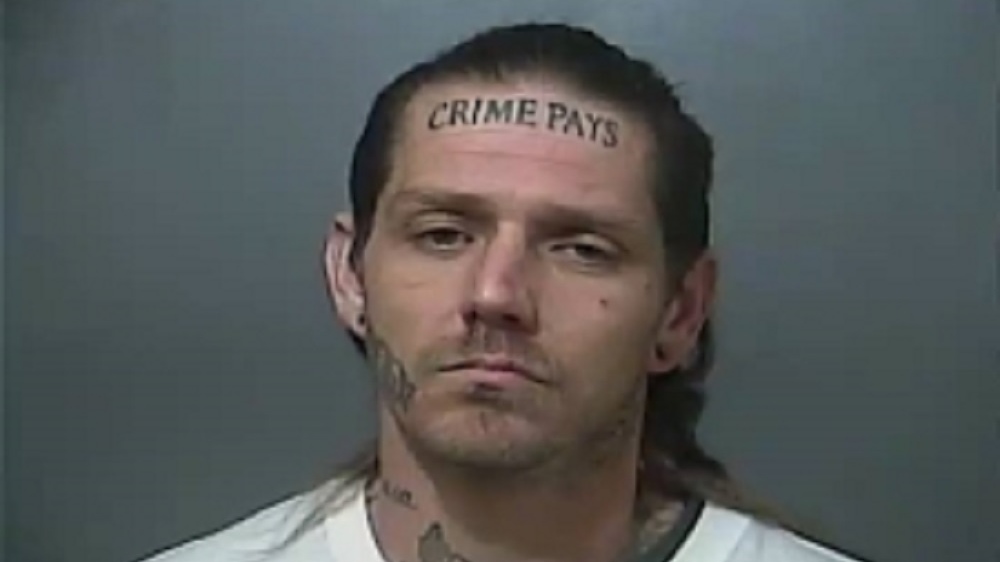 TORONTO -- An Indiana man with a distinctive forehead tattoo that reads “CRIME PAYS” has turned himself in to police after he was wanted in connection with a vehicle chase.

Donald Murray, 38, was arrested at the Terre Haute Police station on Tuesday.

Authorities had been searching for him since Friday night when he fled during a vehicle pursuit, Ryan Adamson, the public information officer for the Terre Haute Police, told CTVNews.ca on Thursday.

Hours after the incident, a mugshot of Murray from a prior arrest was shared by media outlets and gained traction online thanks to the suspect’s noticeable tattoos, including the one reading “CRIME PAYS” across his forehead and another one across his right cheek that says “PLAYBOY.”

Police received a number of tips related to the case before Murray turned himself in, Adamson said.

Murray has been charged with criminal recklessness and resisting law enforcement. He is currently being held at the Vigo County Sheriff's Office in Terre Haute, Ind. on US$15,000 bond.

Murray is scheduled to appear in court on Dec. 9.