Indian PM Modi's party wins in one state, loses in another

Indian PM Modi's party wins in one state, loses in another 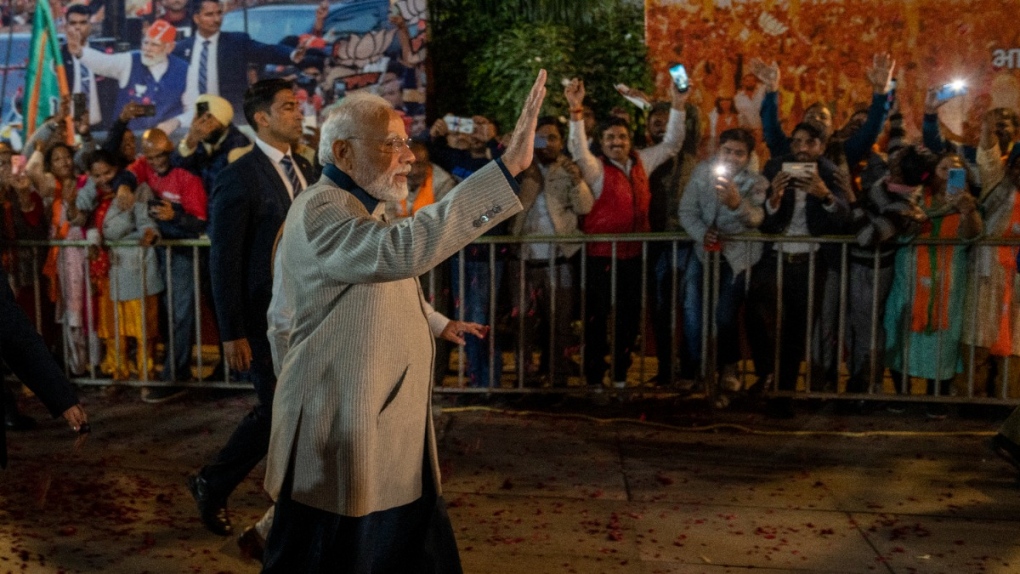 Indian Prime Minister Narendra Modi's Hindu nationalist party retained its 27-year control of his home state of Gujarat with a commanding election victory, but lost power in northern Himachal Pradesh state and in the city of New Delhi, according to a nearly complete vote count Thursday.

A win in both Gujarat and Himachal Pradesh states would have emboldened Modi and his Bharatiya Janata Party to pursue its pro-Hindu agenda with greater vigor ahead of national elections due in 2024.

The BJP has not lost state assembly elections in Gujarat, a western industrial state, since 1995. Modi was Gujarat's top elected official for 13 years before becoming prime minister in 2014.

The Congress party wrested power from the BJP in Himachal Pradesh state, where it had won 39 out of 68 seats and was leading in another constituency, against the BJP's 19 seats, the Election Commission said.

Voting took place in Gujarat on Dec. 1 and 5 and in Himachal on Nov. 12. Vote counting was held Thursday, with full results expected later in the day.

The BJP also lost a key election on Wednesday for control of the city of New Delhi to the regional Aam Admi Party after leading it for 15 straight years, the commission said.

"Thank you, Gujarat. I am overcome with a lot of emotions seeing the phenomenal election results. People blessed politics of development and at the same time expressed a desire that they want this momentum to continue at a greater pace. I bow to Gujarat's Jan Shakti (people's power)," Modi tweeted.

"Gujarat has come as a big shock," said Pawan Khera, a Congress party spokesperson. His party's most prominent leaders -- Sonia Gandhi, her son Rahul Gandhi and daughter Priyanka Gandhi -- did not actively campaign in the state elections after the party elected a non-family member, Mallikarjun Kharge, as party president in October.

Rahul Gandhi is on a 3,500-kilometre (2,185-mile) walking tour of Indian cities, towns and villages as he attempts to rejuvenate the party and win the people's support ahead of the next national elections.

Yogendra Yadav, a political activist who opposes the BJP, said the opposition's success in Himachal Pradesh and New Delhi show that "the BJP is vulnerable and you actually can defeat it provided the opposition is there, has a message, has a messenger and a machine."

Arvind Kejriwal, chief of the Aam Admi Party, was hoping for a better election outcome for his party in Gujarat and Himachal Pradesh after it wrested power from the Congress party in a Punjab state assembly election in March this year.

Hindu-Muslim riots in Gujarat state in 2002, while Modi was the top elected official, polarized the state's estimated 64 million people, comprised of 88% Hindus and 11% Muslims. Modi's critics accused him of looking the other way while the bloodshed left more than 1,000 people dead, mostly Muslims. Modi has denied the accusation, and the Supreme Court has said it found no evidence to prosecute him.

The Aam Aadmi Party, which grew out of a nationwide anti-corruption movement in 2012, has been a formidable political force in the Indian capital and has been trying to strengthen its presence across the country.