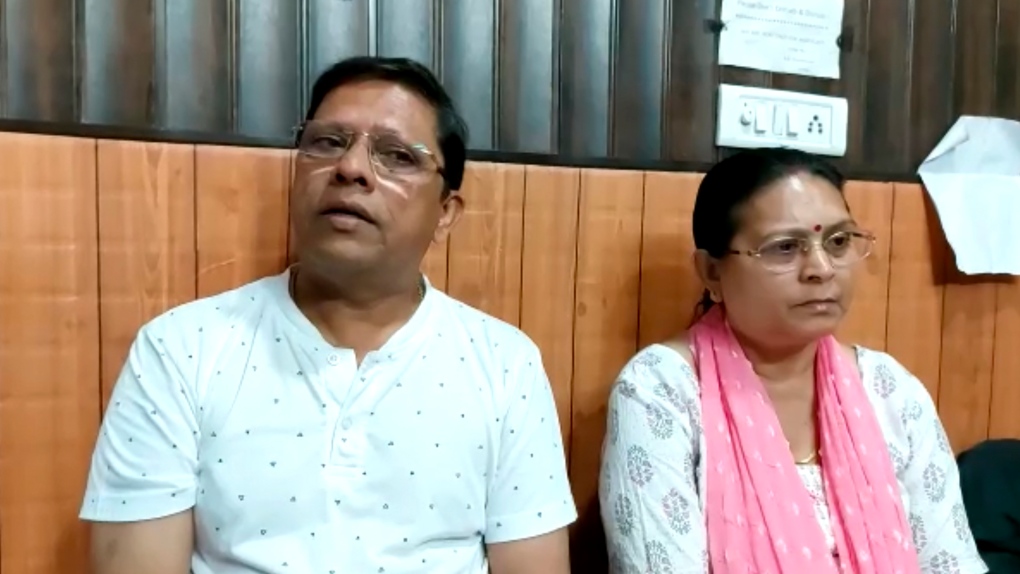 Indian couple Sanjeev and Sadhana Prasad sue their only son for not giving them grandchildren. (KK Productions/AP/CNN)

Sadhana and Sanjeev Prasad, who live in Haridwar, a city in northern Uttarakhand state, filed a petition this month seeking 50 million Indian rupees (about US$643,000) in damages from their son, 35, and his wife, 31.

In the petition, viewed by CNN, the couple claim they spent about 20 million Indian rupees (about $257,000) raising their son, who is an only child.

"They raised him, educated him, made him capable, made him a pilot -- which was expensive," said the couple's legal representative, Arvind Srivastava, on Monday.

"They see people in their neighborhood playing with their grandchildren and feel like they should also have one.

"They said they didn't marry (their son and daughter-in-law) off so that they can live alone ... So they said that in the next year, either give us a grandchild or give us compensation."

Srivastava said that as the couple ages, "there is no-one to take care of them," and that "all parents wish to be grandparents one day."

CNN has not been able to contact the couple's son and daughter-in-law, and it's not clear if they have secured legal representation. A procedural hearing for the case is scheduled for Tuesday.

According to the petition, the Prasads also bought a car for their son and daughter-in-law, and paid for their honeymoon.

Though this kind of lawsuit is rare, the topic of familial obligation has long been controversial in India, where carrying on the family line and caring for elderly parents and in-laws is often seen as a filial duty.

It's also sometimes a legal duty: parents can claim a monthly allowance from their adult children under a federal law that seeks to protect parents and senior citizens who may not be able to take care of themselves.

A number of related cases have made headlines in India in recent years, such as a family dispute over monthly allowances in 2020 that culminated in a Supreme Court judge telling the sons involved, "Don't forget, you are everything because of (your father)."